The actress, 38, and husband David Bugliari welcomed a son named Milo Thomas Bugliari on Wednesday at 9:27 a.m. He weighed 7 lbs., and was 19 inches long.

In March, Milano announced on Twitter that she was expecting a boy.

The actress told PEOPLE she was having a lovely pregnancy and knew her husband would be “the most amazing father ever.”

And before she even met her son, he was already making her laugh. Milano told PEOPLE in May, “Every time I get an ultrasound, he’s doing really funny things like sucking his thumb or elbowing me.”

Milano and Hollywood agent Bugliari wed in 2009, and this is the first child for both. 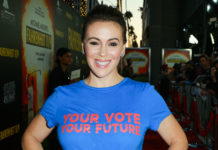 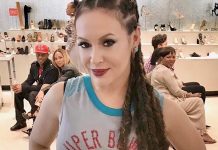