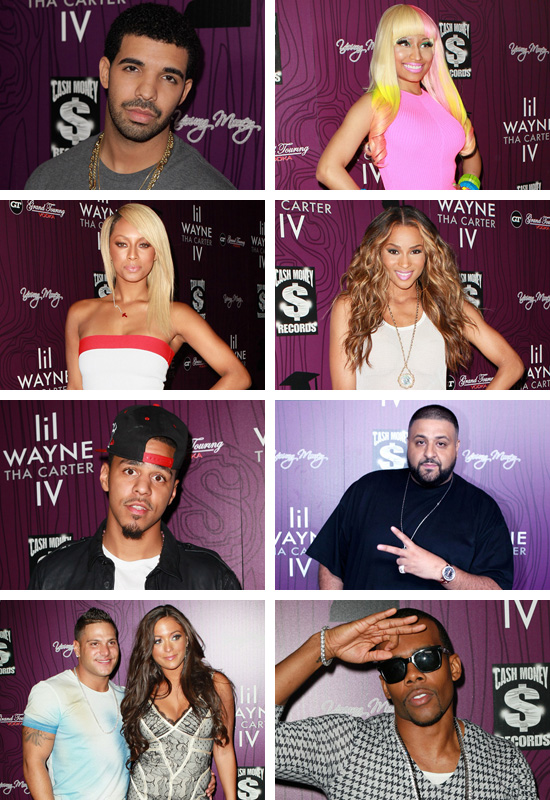 With appearances from Drake, Nicki Minaj, J. Cole, Keri Hilson, Ciara, Rick Ross and even Jessie J … Lil Wayne’s album release party at Boulevard 3 in L.A. immediately following this year’s VMAs was the place to be!