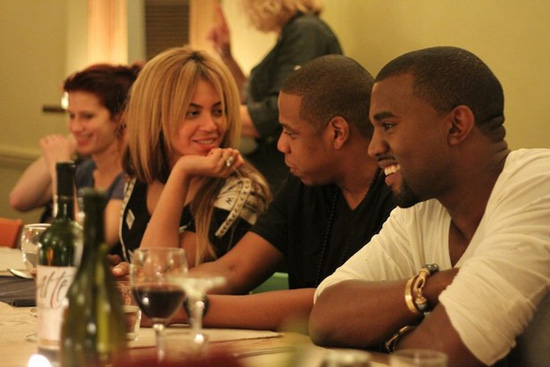 Jay-Z recently uploaded a boatload of pictures to his Life + Times website documenting the entire recording process of he and Kanye West‘s highly anticipated joint album “Watch The Throne.”

In the candid shots, you see the rappers hard at work laying down tracks in the booth, writing lyrics and more. You even get to see a rare, informal glimpse of Jay’s superstar wife Beyonce (who has a guest appearance on the album) laughing with her husband and “brother-in-law.”

Though the project has no official release date, it’s rumored to hit stores on August 2nd and is currently available for pre-order on iTunes.

Take a look at the behind the scenes shots below: