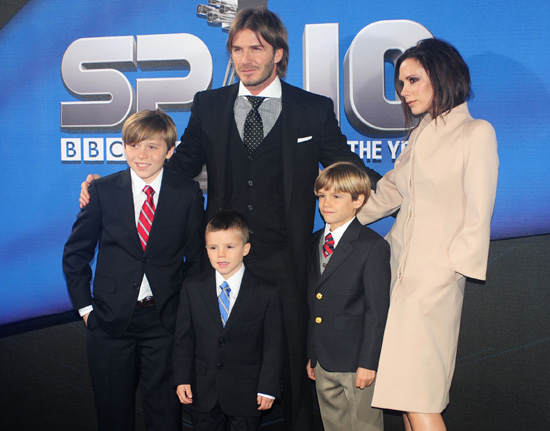 Victoria and David Beckham are now proud parents to their first baby girl, reps for the couple have confirmed with multiple sources.

“David and Victoria Beckham are delighted to announce the birth of their daughter,” the couple’s rep said in a statement. “Happy and healthy, she arrived at 7:55 a.m. this morning at Cedars Sinai hospital in Los Angeles and weighed 7 pounds 10 ounces. Brooklyn, Romeo and Cruz are excited to welcome their new baby sister to the family.”

Victoria and David’s three boys Brooklyn, Romeo and Cruz are aged 12, 8 and 6 years old, respectively. A name for the Beckham family’s newest bundle of joy, who serves as the couple’s fourth child but their first daughter, has yet to be announced.

Earlier this week, the L.A. Galaxy soccer player posted a picture of a very pregnant Victoria Beckham on Facebook. Beneath the image, which appeared to show his wife sunbathing, Beckham wrote: “Took this pic of Victoria while she wasn’t looking. She looks amazing, so close now to the baby being born!”

Congrats to the Beckhams!!!