Lil Wayne’s twelve-year-old daughter Reginae Carter is truly stunting like her daddy since the tiny tike is pulling in $2,000 per episode for her appearance on “TOYA: A Family Affair”, the BET reality series starring her mother, Toya Carter.

The production company behind the show was required to file a mandatory minor’s contract with L.A. County Superior court which revealed her salary. Wayne and Toya both signed off on the contract, giving their permission for their daughter to be filmed for the show.

As revealed in the contract, Reginae is making $2,000 per episode of the hit reality, plus expenses. The first season of the show has a guaranteed run of 11 episodes, meaning that Reginae will pull in $22,000 for her appearance on the show.

The contract also includes a 5% raise for young Reginae for each additional season she appears on the show. Reginae’s salary will be kept in an account that will be inaccessible to her until she turns 18 in 2016.

And you thought you had a nice allowance? Pssh! Think again. 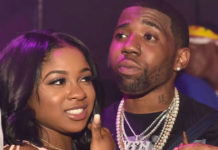 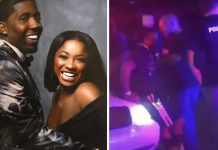 Did Reginae Carter & Her Boyfriend YFN Lucci Get Arrested in Knoxville, Tennessee?