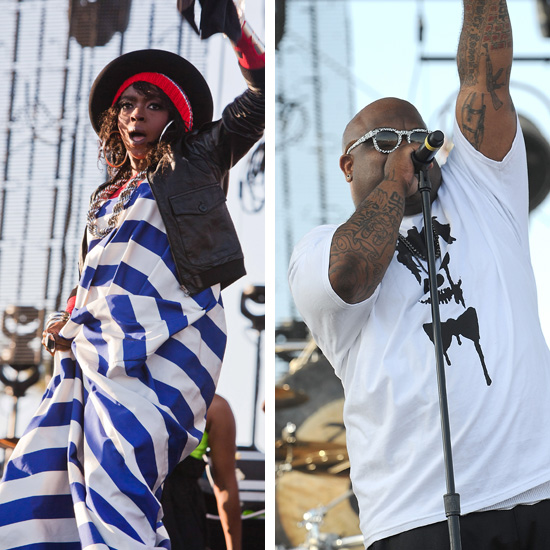 Famed music legend Lauryn Hill took to the jam-packed Coachella stage this past weekend (Fr. Apr 15), and performed a string of hits at the iconic music festival.

“F**k You” singer Cee-Lo Green also hit the stage at the 2011 Coachella Festival the same night, and performed some of his own songs, though he only had 20 minutes on the stage due to him arriving more than a half-hour past his scheduled time.

Pics and video footage from both sets are below: