Ellen Page admits that she’s a pretty boring person and doesn’t have much of a social life. In fact, the “Juno” actress says that people would be surprised to learn that she’s quite dorky, despite being a movie star.

“My social life? Wow! I don’t have much of a social life and don’t go out much. I’m kind of boring. I like to spend a lot of time outside and hike,” she said recently in an interview. “I don’t think people would be surprised by that because I don’t get my picture taken very much. I’m just who I am and I think because of media exposure, people think that actors are something they’re not. I’m just a dork who’s pretty boring.”

Ellen Page stars alongside Liv Tyler in the dark comedy “Super,” which is in theaters now! 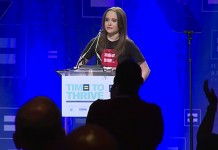