All of you that were anticipating an album from 2011 Grammy performer Gwyneth Paltrow can just hang it up … for now, at least.

Reports surfaced that the “Iron Man 2” actress had inked a $1 million dollar deal with Atlantic Records, but Gwyneth has since denied this. In a recent interview with The Hollywood Reporter, Paltrow said:

“The truth is, I really would love to make a record, but I don’t know exactly how you do that so it’s not cheesy. I would love to do it. I am having fun with it though, even if it’s kind of giving me a mid-life crisis because I don’t know who I am anymore.”

Singers crossover into acting all the time, so it looks like Hollywood is catching on to the trend and is trying to do some crossing over of their own! 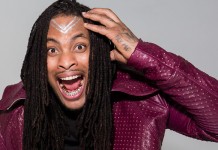