Joyner had a thing or two to say about Foxy Brown on his radio show last week:

“We put Foxy off the cruise. Let’s just say she got put off,” Joyner said on his morning show. “You had to really act a fool to get put off.”

The radio vet and his crew offered no details about what went down. But her removal comes just days after her phone interview on the show ended abruptly, leaving the hosts and audience to wonder if she hung up on them, or was disconnected.

From what Tom said, it appears that Foxy disconnected the call. He said: “You know Foxy, after the interview, she called back and she was crying. And I said, ‘See, she’s gonna be alright.’ Well, I was proven wrong.”

Joyner and company said the Ill Na Na was “sent to her cabin” on the cruise and “locked in” because there was no jail (or brig) on the ship. “But that wasn’t enough,” they said.

She was then removed from the ship and, according to co-host Sybil, “escorted to the plane.”

Foxy Brown got wind of Joyner’s comments days later, and went on a Twitter tirade:

SO I’m up packing my Luby’s and Kirkwoods to meet my pumpkin Shyne in Belize for a lil’ vacay…..and I get a call that Tom joyner is on the radio disrespecting me….again! OKAY NOW MR. JOYNER, your old enough to be my grandfather which is why I let your distasteful comments in our interview go without putting you in your place. Obviously, you equated my silence with weakness. My maturation with passivity. Grandpa you need to learn some respect, I’m the wrong one to romp wit you will get checked!!

Lying ass! It was absolutely nothing but LUV from my arrival to the day I left. Hugs from Monie Love and kisses from Dougie Fresh….I tore the stage down! That’s the thanks I get?? U wait til’ I leave the ship and then 2 days later your on the air saying negative shit!

Who do you believe? Based on sanity levels, we’re going to have to go with Mr. Joyner on this one. Sorry Inga! 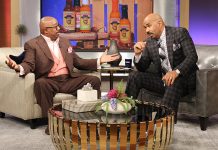 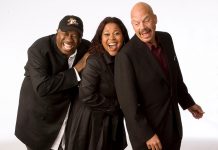 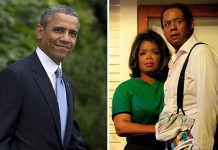