Despite making a whopping $500 million from his current bosses, shock jock Howard Stern is one disgruntled employee.

Find out why when you read on below:

In 2004, before Howard Stern signed a blockbuster deal with Sirius Satellite Radio, he thought about retiring. Instead, he took a “significant risk” and went with Sirius. The moment is captured in a lawsuit filed today in New York Superior Court where Stern’s company, One Twelve Inc., and his agent Don Buchwald are pressing charges that Sirius XM Radio stiffed them on promised stock.

In 2004, Stern was negotiating with both Sirius and XM, two rivals before they merged in 2008. In the lawsuit, Stern says Sirius got the upper hand by promising him that he would be treated like more than just an employee; that he would share in the company’s success.

Sirius signed a deal with Stern whereby One Twelve would be paid performance-based compensation based on escalating stock awards. The promises of stock are said to have been tied to subscriber growth.

Some of the subscriber growth is attributable to the XM merger, of course, but the complaint notes that Stern met his early targets and had agreements in place to account for the subscribers that XM would bring to the table.

Nevertheless, the plaintiffs say that Sirius didn’t meet its bargain. During the early days, before the XM merger, “Stern and Buchwald decided not to demand payments while Sirius was struggling or reportedly on the verge of bankruptcy,” according to the complaint.

During new contract discussions in December, however, the demand for past payment was once again brought up, with Sirius allegedly refusing to make good.

“In 2004, when Sirius desperately needed Stern to make its business viable, it induced him to move to Sirius by offering him a chance to share in the success of the company. Now that Stern has put the company on the map, brought in millions of subscribers, and helped it conquer its chief rival, Sirius has unilaterally decided that Stern has been paid enough. The amounts owed to One Twelve and Buchwald represent a fraction of the revenue that Stern enabled Sirius to achieve, yet Sirius refuses to honor its commitments to him and Buchwald.”

Sirius is being sued for breach of contract, and the plaintiffs are seeking unspecified money due, plus interest.

Shame on you Sirius XM. Howie, you better get that money!! 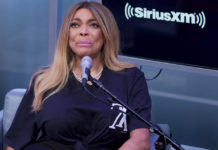 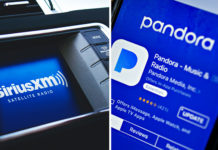 SiriusXM Satellite Radio to Buy Pandora for $3.5 Billion to Get Into Music Streaming Business