For a season that’s supposed to be all about charity and looking out for others, this season of NBC’s “Celebrity Apprentice” has most of the contestants simply looking out for themselves.

A fact made all too familiar to Lisa Rinna last night as she was fired by Mr. Trump after being “set up” to lose by Star Jones & Dionne Warwick, people she wrongfully assumed were her “teammates.”

PopEater’s Rob Shuter breaks down all the juicy details below:

Lisa Rinna felt the underside of Donald Trump’s boot last night on ‘Celebrity Apprentice,’ and the bad blood between her and Star Jones, the mastermind behind her defeat and the first to throw her under the bus during the episode, could not be any uglier.

“Since the show wrapped, there’s been no love lost between Star and Lisa,” one of the contestants tells me. “Things got so ugly between them that NBC legal had to get involved.”

I’m told that Mark Burnett Productions and the Trump Organization had to step in and get the network involved during Lisa’s short stint on the show. Both sides aren’t talking about what sparked legal’s attention or even who is the culprit in this mess.

That said, you could see from just watching the show that these two ladies clashed from the moment they met. Star pushed to get Lisa chosen as team leader, primarily because she thought she’d blow it and get fired. Even NeNe Leakes admitted it, saying, “We choose Lisa because we didn’t think she would handle it, and it’s best to get her out now.”

Lisa was tasked with spearheading the creation of a children’s book, but she soon had to defuse a battle between Marlee Matlin and Dionne Warwick. Throughout it all, she and Star butted heads.

We all knew that Star, the direct-talking lawyer, and the more relaxed Lisa were never going to be friends, but no one could have predicted it would ever get this ugly.

“Lisa feels betrayed by Star and Dionne Warwick and has never in her life been exposed to such a negative environment,” a friend of Lisa tells me. “She comes from a place of love and refuses to fight dirty even if that means she would not win. To be honest, she’s happy it’s all over and has moved on.”

Look below to see how everything unfolded: 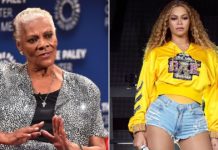 78-Year-Old Pop Music Legend Dionne Warwick Dragged on Twitter for Saying Beyoncé is NOT an Icon (Yet)! 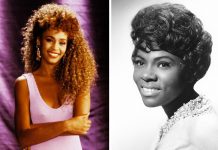 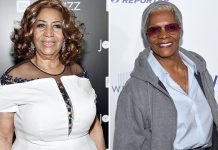