Is Kathy Griffin dating the Old Spice guy? Not exactly…but the two have been hitting it off pretty well lately!

A source recently revealed to US Magazine, that the pair are spending time together getting to know each other.

“They are not boyfriend/girlfriend but they are definitely spending time together and getting to know each other.”

Back in September, Kathy initially sparked dating rumors after she tweeted a pic of her and Isaiah Mustafah. The two have even been spotted on the set of “Glee” kissing and cuddling in between takes. 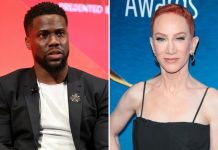 Kathy Griffin: Kevin Hart Is a “Pussy” for Not Attacking Trump in Stand-Up Routine 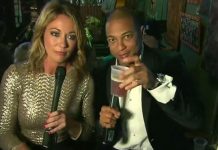