According to All Hip Hop, the “You Be Killin’ Em” rapper has been hit with a lawsuit, claiming he and associate beat up a bus boy in Atlanta. The lawsuit was filed on Monday (January 31st) in Fulton County Superior Court, according to the Atlanta Journal Constitution.

According to the complaint, the rapper and a friend struck Octavious Butler without provocation, as he worked at the Fox Sports Grill in Atlanta. Butler claims he was punched and struck in the head with a glass bottle during the altercation with Fabolous and his crony.

The man seeks an undisclosed amount in damages from Fabolous.

Well dayum….we hope he works all that out! 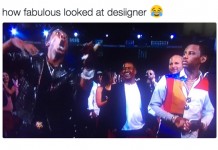 Fabolous Clearly Wasn’t Here for Desiigner’s BET Awards Performance, But Twitter Sure Was 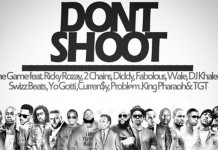