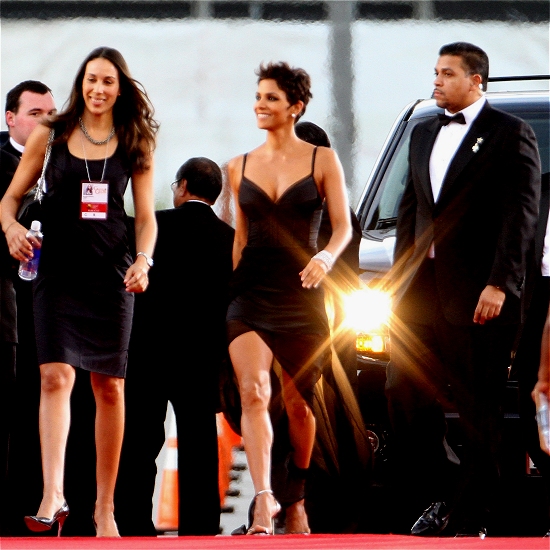 Halle Berry looked absolutely striking as she made her big arrival at the 68th Annual Golden Globes Awards, held at the Beverly Hilton Hotel on Sunday (Jan 16). The actress was wearing a form fitted black dress with a mesh cut that showed off her shapely legs.

More pics of Hottie Berry below!