Check out what he had to say about Weezy on Pittsburgh’s 96.1 Kiss Morning Freak Show below!! 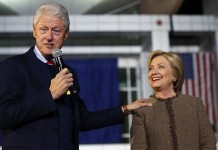