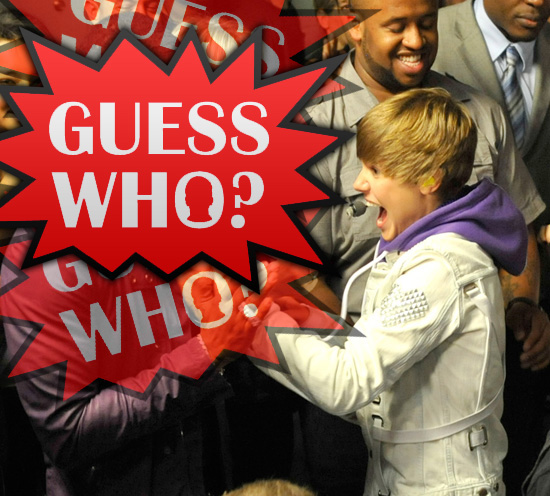 Guess who was spotted greeting Justin Bieber backstage before the young Pop star performed for a sold out crowd at Madison Square Garden in New York City for his “My World” World Tour earlier this week?

Continue reading to find out who this is… R&B/Pop singer Usher and his young protege Justin Bieber shared a mutual, practiced handshake just as Bieber was preparing to hit the stage to perform in front of thousands of screaming fans at New York City’s Madison Square Garden for his “My World” Tour, which was recorded in 3D for an upcoming 3D concert movie that night!

Check out 15+ below of JB and Usher performing, along with pics of Sean Kingston, Willow Smith, Snoop Dogg and more backstage…