After three seasons of being a New York Housewife, reality TV star Bethenny Frankel says she wants out!

Frankel, who has her own show now, says she’s through with the drama of the “Real Housewives of New York” and will not participate in the upcoming fourth season of the Bravo reality series, which according to a source, begins filming on September 20th.

She tells Us Weekly:

“Last season was scary and painful. It took all of the joy out of it.”

Bethenny had a very public feud with her former friend and NY Housewives castmate Jill Zarin last season after Zarin bad-mouthed Frankel to their cast mates and even went as far as trying to get them to not film with her. Since then, Jill has apologized however Bethenny says she “doesn’t see any reason to go back.”

Her spin-off reality show “Bethenny Getting Married?” premiered June 10th and attracted over 2 million viewers, making it the highest rated debut for a new Bravo show. A Bravo insider says that Frankel is bound by a contract to make a few appearances here and there on RHONY next season, but the network is still keeping hope alive that she’ll come back full time. 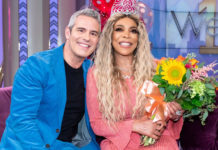