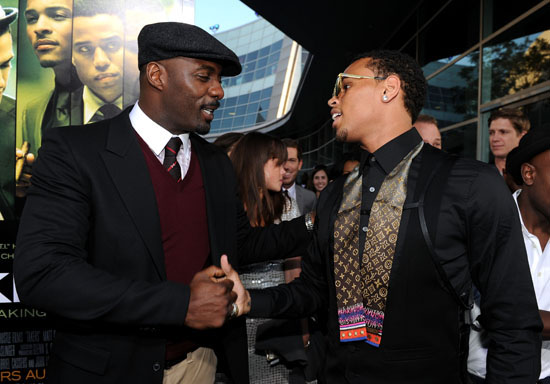 Rapper/actor T.I. gave his signature red carpet salute to photographers as he arrived at the premiere of his new movie “Takers” yesterday (Wed. Aug 4) at the Arclight Cinema Cinerama Dome in Hollywood. Other celebs who walked the red carpet of the movie premiere were T.I.’s on screen co-stars Idris Elba, Chris Brown, Michael Ealy and Hayden Christensen.