GOSSIPONTHIS.COM Celebs Lindsay Lohan Responds to Joan Rivers’ Hilarious Tweets About Her! “She and...
ShareTweet It’s no secret now that Lindsay Lohan is getting ready to face a 90 day sentence in a jail cell and a lot of people, including celebrities, have made comments about Ms. Lohan and her screw up. Joan Rivers recently took to her Twitter to give her opinion of Lindsay’s situation. Here’s what she said:

Lindsay Lohan said she wouldn’t mind being under oath because she thought Oath was a Norwegian ski instructor.

Lindsay Lohan is so dumb. Her idea of being sworn in is cursing at the judge.

I was just reading about the new Lindsay Lohan diet, which is all liquid. 80 Proof.

“Joan Rivers and her ‘stargument’ make me believe that she and Michael Lohan are a match made in heaven.”

Poor Lindsay. This is just the beginning and she doesn’t even realize it. 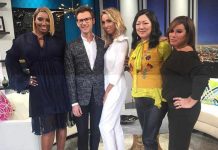