The chase for crazy bewildered porn-actor Stephen Clancy Hill has finally ended. Hill died Saturday (Jun 5) after jumping off a cliff during an 8 hour stand-off with police. During the stand-off, Hill threatened to take his own life with what is believed to be the same machete type weapon he used to kill his co-worker, porn-actor Herbert Wong aka Tommy Dong.

“He was bent on taking his own life. It’s very unfortunate.  We wanted this to end a different way.” Deputy Chief Kirk Albanese told press.

SMH… What is this world coming to?!? 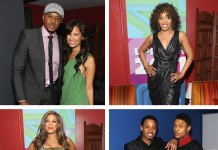