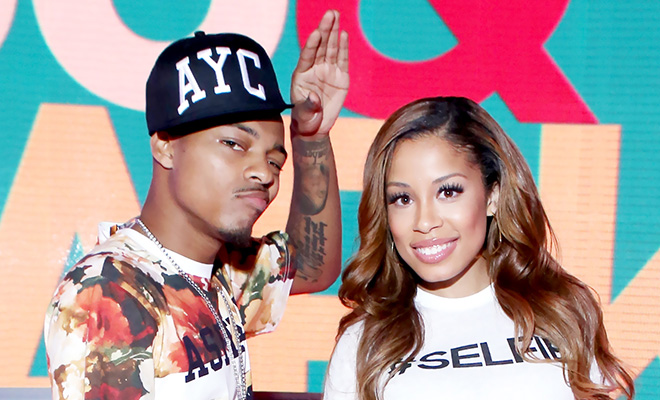 After 14 years, BET has pulled the plug on its long-running flagship show “106 & Park” in favor of a digital only format.

Those of us who grew up on AJ and Free mourned the show’s death nearly 10 years ago when they left (back in 2005), but now it’s really official. It’s like the show has been in a coma for the past 9 years and they finally took it off life support.

Since AJ and Free’s respective departures from “106,” the popular countdown show — started in 2000 as an alternative to MTV’s “Total Request Live (aka “TRL”), which saw its own cancellation in 2008 — has seen a number of hosts, including Big Tigger, Julissa Bermudez, Terrence J, Rocsi Diaz, and more recently, Bow Wow, Keshia Chante and Angela Simmons, among others.

According to a news release on BET.com, after the final episode airs on December 19th, the show will become digital-only in 2015, and the “106 & Park” brand will continue to produce its signature variety shows throughout the year, like the annual New Year’s Eve special “106 & Park,” as well as live concert events to coincide with the BET Awards.

AJ accepting Janet Jackson’s challenge to…dance. Bow Wow laying that kiss on Tyra Banks (or was it the other way around?). Free crawling around the set LIKE Catwoman WITH Catwoman Halle Berry. Julissa’s taking over Halloween as “Wonder Woman.” Keshia brilliantly bonding with First Lady Michelle Obama. Paigion flying around the world with Rihanna on a 777. Rocsi salsa dancing with Victor Cruz and putting him to shame. Shorty and Ms. Mykie’s killer rap, “The History of Justin Timberlake,” visably thrilling JT himself. Terrence beatboxing while Jamie Foxx rhymed. Tigger making Tom Cruise do the of-the-moment “motorcycle dance.”

We all have our favorite moments from the show that has put youth culture on television daily since the first year of this century. We have pride in being involved with the show that has welcomed almost every movie star, music superstar and fresh-faced talent you can name (you can even throw in a first lady). We’ve all laughed with and been entertained by the young men and women hosts that have charmed us at 6 p.m. (and more recently 5 p.m.) each weekday.

It’s been a great 14-year run as America’s top music/variety show on cable. And now that very valuable brand is going to take its talents to the digital realm. The interactive brand you helped build, 106 & Park, is alive and well…and it’s moving to the space in which our audience NOW interacts with music the most: online.

It’ll be very exciting to connect with the millions of people that are already engaged with 106 & Park and other BET digital and social media entities and bring content that will further evolve the 106 & Park brand — and enhance the overall BET Networks brand. As we transition to the digital space, we look to continue 106 & Park’s role as both a leader of and a mirror to youth culture. We’ll have more information to share about how that is to roll out very soon.

I’m not trying to minimize it; this is a very big change. We thank all the people who have worked on the show over the years; the talented hosts, the hard-working staff, production crews and all the incredible guests we’ve had. Most of all, we’d like to humbly thank the “livest audience,” both in studio and at home, who fueled this landmark TV show from the very beginning. Meet you in the digital domain.