The year-long struggle over health care in the United States is finally over! President Barack Obama‘s Health Care Reform Bill was approved by the Senate back in December and by the House on Sunday (Mar 21), with a final vote of 219 – 212. This is most possibly the biggest reform in the nation’s healthcare since Medicaid and Social Security were created during President Theodore Roosevelt’s term over 40 years ago.

The bill, which was approved by the Senate in December and by the House on Sunday, represents a national commitment to reform the worst elements of the current system. It will provide coverage to tens of millions of uninsured Americans, prevent the worst insurance company abuses, and begin to wrestle with relentlessly rising costs — while slightly reducing future deficits. Amendments approved by the House and awaiting approval in the Senate would provide additional coverage and make somewhat deeper reductions in the deficit. All of this was managed despite the fact that not a single Republican in the House or Senate was willing to vote for the bill. Efforts by the White House and Congressional Democrats to draft bipartisan legislation were met by demagoguery. That is not likely to end now.

Republican leaders, who see opportunities to gain seats in the elections, have made clear that they will continue to peddle fictions about a government takeover of the health care system and about costs too high to bear. Mr. Obama took too long to get into the fight, but came on strong in the end and will have to keep pushing back so all Americans understand the benefits of reform. Most Americans — those who already have employer-based insurance — will not see much change for a while and certainly not in the seven months before the elections. They will get one important benefit quickly: for an additional fee, parents will be able to keep adult dependent children on their policy through age 26. That is good news when so many young people are struggling to find jobs during the recession. 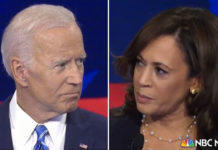