GOSSIPONTHIS.COM Pop Culture Guess Who?!: Getting Coffee on the Set of His Television Show in...
ShareTweet What rapper turned actor was spotted getting himself some coffee on the set of his television show in Los Angeles earlier this week? Hint: Over the years, he’s crossed over from rapping into fashion, books, businesses AND acting. And he’s been in the business for 25 years!

Continue reading to find out who the hell this is… With earphones in his ear, Todd Smith, most known as LL Cool J (Ladies Love Cool James) was spotted grabbing a cup of coffee in between filming scenes for his television show NCIS: LA in Los Angeles Wednesday afternoon (Nov 4).

Since his debut album in 1985 under Def Jam Records, LL has had a steady career in music and acting, and has even written a few books and opened a few business in between. Exit 13 was the rapper’s final album release under Def Jam, the only label he has ever been signed to. But these days Mr. Smith is moreso focused on his acting career than anything else. 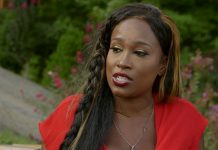 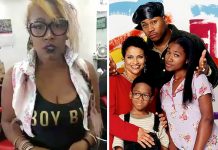