GOSSIPONTHIS.COM Pop Culture ★ On Location: Ludacris, Shawnna and More at Videoshoot for Battle of...
ShareTweet Rappers Ludacris and Shawnna were spotted at Luckie Food Lounge in Atlanta Wednesday night (Aug 12) on the set of their new music video for the debut single from their upcoming Battle of the Sexes album, due in stores later this year. The disc will be the first ever hip-hop album from both a male and female perspective. Comedian Lil Duval also hit up the set of the video. He knows he’s a damn fool for that wig! LMAO … are you following him on Twitter? If you’re not, you’re missing out on some hilarious daily commentary! Rappers Shawty Lo and Lil Scrappy also rolled through the set of the video. More pics when you continue reading! 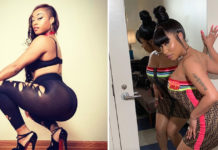 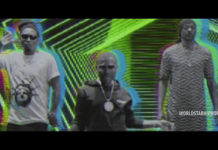