Sullivan is looking forward to conquering another world this year — acting. In April she’ll fly to Prague to start shooting “Red Tails,” director Anthony Hemingway’s Tuskegee Airmen story. “I play a singer who entertains soldiers,” reports Sullivan, who will appear alongside current touring partner Ne-Yo. “I’m really just entertainment for them, but I kind of get a little relationship going with one of them. So that’s very exciting.

“I used to act when I was younger, in little plays,” adds Sullivan, who attended Philadelphia’s Creative and Performing Arts high school. “It never was really a passion of mine. It’s just something I did and I could do. Anything where I can be creative, I like to do.”

If she can act even half as good as she sings, then we’re definitely anticipating this new role. Jazmine’s Sullivan is JUST starting y’all and it’s about damn time real talent gets a chance to shine in this overly saturated industry. How do you feel about Jazmine Sullivan and her new movie gig? 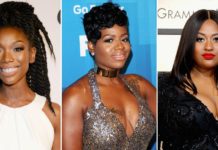 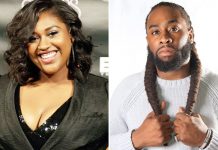