When Frank Ocean admitted to falling in love with a man, we knew it would only be a matter of time before people started speculating about his same-sex love life.

Well, ladies and gentlemen, we have our first bite.

The kids over at ATRL have rounded up some photographic evidence of Frank and a model named Willy Cartier (real name: Willy Leservot) and openly wondered if the two are dating.

Now there is a common connection: Director and photographer Nabil works with both of them, so they could just be friends.

But one of the pictures that Frank took and posted on his Instagram is of Willy’s arms and delicate hands. It’s a very detail-focused shot that doesn’t seem like something platonic friends would just snap. And the shot of Frank gazing lovingly at Willy at the GQ party looks like puppy love. But hey, you be the judge! What do you think? Lovers or friends? Sound off in the comments below! 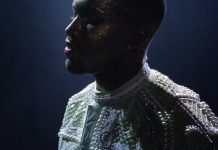