Bobby Brown finally tied the knot with his fiancee Alicia Etheridge in a wedding ceremony held Hawaii on Monday (Jun 18).

A source told People Magazine that the R&B star’s wedding took place less than 42 hours after his concert New Edition in Honolulu.

Brown wore a red suit and Adidas sneakers that matched those of the couple’s son Cassius, who was the ring bearer.

With the exception of Bobbi Kristina (his daughter with the late Whitney Houston), all of Brown’s children were in attendance at the wedding ceremony.

Bobby Brown and Alicia Etheridge got engaged in 2010 when Brown proposed to her during a sold-out New Edition concert in Jacksonville, Florida, just three years after his divorce from Whitney Houston.

Take a look at the pictures from Bobby and Alicia’s Hawaii wedding ceremony below: 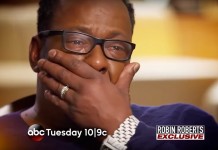 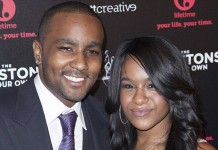