GOSSIPONTHIS.COM News WTF of the Day: Dad Only Facing Up to 7 Years in...
41
SHARES
ShareTweet Recently convicted child abuser James Moss is guilty of brutally beating his 10-year-old son, burning the child’s hands on a stove top, and then throwing him into the oven in an incident that occurred in 2010, all over a missing $20 bill from his wallet.

According to the NY Daily News, 53-year-old Moss pleaded guilty Tuesday to torturing his son Christopher because he thought the boy had stolen $20 from his wallet.

Authorities say the huge 6-foot-2, 270-pound dad threatened to kill the then-10-year-old boy at their home in Graniteville, Staten Island (in New York) before taking him to the basement and stripping him of his clothes.

He then pulled the boy into the kitchen and beat him across the back with a spatula. And the abuse didn’t end there. The devil dad heated up two burners on the stove, and forced the boy’s hands onto them until his skin began to burn off.

After that, prosectors say Moss punched his son in the face and then forced him into the oven, telling him “I’m going to burn you alive!”

As his father threatened to turn the oven, officials say the boy screamed at the top of his lungs, begging to be let out of the oven.

He was eventually freed, but Moss tossed the naked boy out on the front door afterward, with his young sister pleading with their dad to let her brother back inside.

“In over 15 years as a district attorney and an assistant district attorney, this was one of the most shocking and sadistic cases of child abuse I have ever prosecuted,” said Staten Island District Attorney Daniel Donovan.

The court documents state that skin was falling off the boy’s hands, but Moss ignored his son’s pain and refused to take him to the hospital to seek treatment.

The papers also revealed that after the sick, cruel father let his son back into the house, he ordered him to sit on the floor, still naked, “like a dog.”

He wasn’t taken to the hospital until his mother returned home for work, and he was treated for second and third-degree burns as well as cuts and bruises to his back and knees.

You’d think that two years later, the now 12-year-old boy would want his father to rot in jail for what he did. But nope. NYDN reports:

A 12-year-old boy will beg a judge Friday not to throw his father in prison – even though the monster dad beat him, burned him and stuffed him into an oven, sources said.

James Moss faces up to 7 years in prison, which isn’t nearly enough for what he did. Someone needs to strip him naked, burn his hands and throw his ass in an oven! Then make him get out and sit on the floor “like a dog.” Sick f**k. 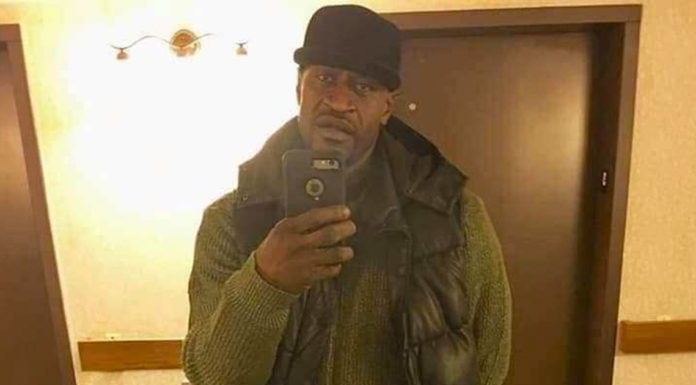