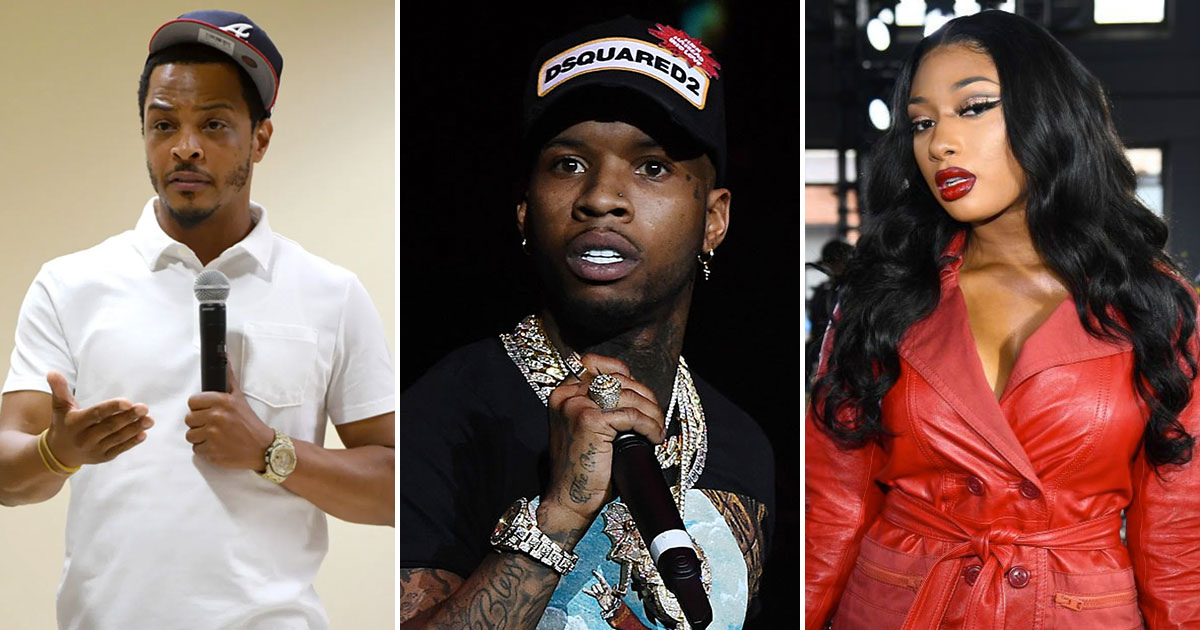 T.I. is opening up about a recent conversation he had with Tory Lanez regarding the Megan Thee Stallion shooting.

In a new interview with Complex, the rapper explained why he came to Megan Thee Stallion’s defense after she revealed that Tory Lanez had shot her in both her feet.

“I feel like Black women are the most attacked, least protected, least defended, most vulnerable, and most exposed species on this Earth,” Tip said.

“I don’t know what the f**k happened. I know what she says happened, but I don’t know why it happened. But I know if it did happen, that’s everybody’s responsibility to make sure that this young lady feels supported and that she knows that the community and the culture is behind her.

“I think that’s important. I think that’s all of our obligation and responsibilities, not even as artists, or as rappers, or as executives in this business, but as men, as a Black man. We can’t allow nobody, myself included, to be out here goddamn letting off shots at women in bikinis. Now, I just have a problem with that.”

He then went on to say that he spoke with Tory Lanez about the incident personally, and Lanez told him the shooting “didn’t happen like that.”

“I spoke to him and he said the sh*t didn’t happen like that,” T.I. told Complex.

“I said, ‘Well, you need to be saying something, bruh. How did it happen?’ And he said he couldn’t say nothing about how it did actually happen. I told him I understood that.

“I said, ‘Man, you can’t expect nobody to ignore the facts that are being presented if you don’t have any other conclusive facts that can overturn these. You got to say something, bruh.’

“If you ain’t going to say nothing, you can’t expect nobody else to. I ain’t about to just shut up when you got facts out here that say it’s a woman been shot at the hands of another Black man within the culture. We’ve got to speak out on that. We’re the f**k ni**as if we don’t.”

Elsewhere in the interview, T.I. spoke on Kanye West, the possibility of releasing a joint album with Young Thug, his upcoming CBS series with 50 Cent and more.

Meanwhile, Tory Lanez himself has finally broken his silence about the shooting.

It’s not clear what he’ll be doing at that time, but people are speculating that he’ll either drop a new song or go on Instagram Live to finally tell his side of the story.