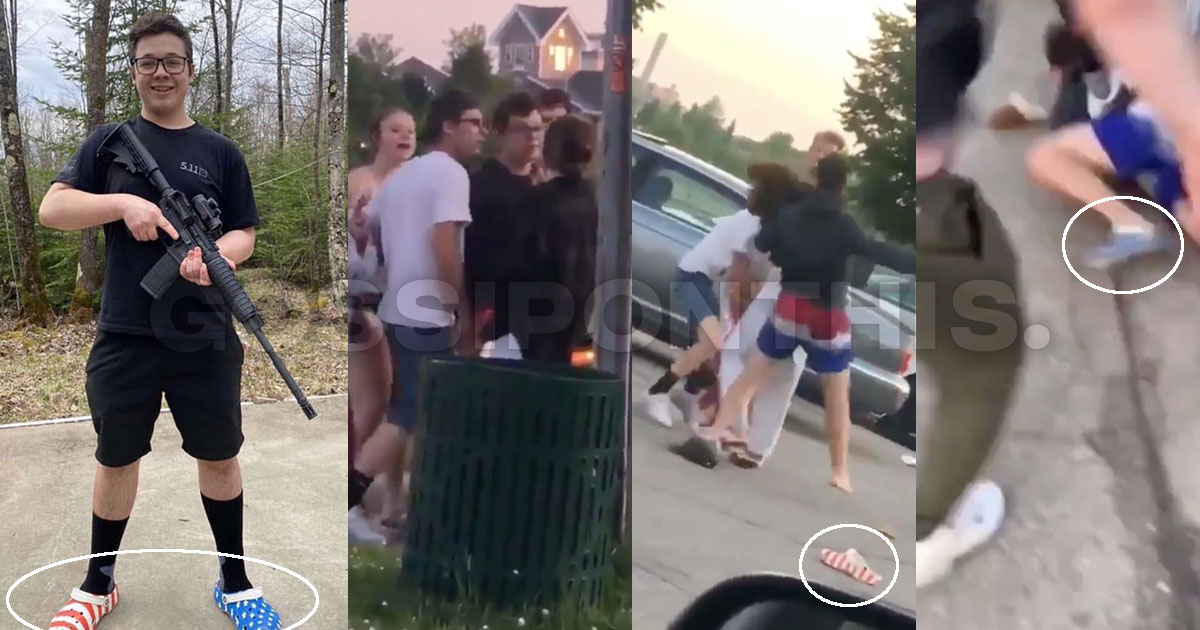 A disturbing video clip has surfaced showing Kyle Rittenhouse, the 17-year-old suspected of shooting three people and killing two during protests in Kenosha over the police shooting of Jacob Blake, becoming involved in a fight and punching a girl from behind.

It’s unclear when the footage was filmed, but some users on social media are saying that the incident happened last month.

Rittenhouse, who lives in Antioch, Illinois—which is about an hour north of Chicago and about 30 minutes west of Kenosha—and another teenage male can be seen getting in a girl’s face and screaming at her.

He’s wearing what appears to be a black hoodie/shirt and red, white, and blue pants. He’s also wearing the same red, white and blue Crocs shown in the now-viral photo of him holding an assault rifle.

After about 30 seconds, a fight breaks out, and Kyle can then clearly be seen punching one of the girls involved in the scuffle from behind.

The men filming the fight from a distance are heard debating about whether or not they should intervene, but after Kyle starts throwing punches, they decide to get out of the vehicle and break up the fight.

The clip abruptly ends, but another picks up where it left off, showing the men breaking up the fight and stomping Kyle out before the teen scurries off in fear.

WATCH THE VIDEOS BELOW:

Here he is, beating up, punching a girl, while her back is turned. Then who comes to the rescue? A group of black men. Then COINCIDENTALLY, he shows up to a BLM protest to “protect” businesses. bullshit. https://t.co/R6M7DaiRea pic.twitter.com/jOrNW1DGiq

Kyle Rittenhouse remains in police custody after he was arrested Wednesday (Aug. 26) in connection with Tuesday’s shooting that led to the deaths of 26-year-old Anthony Huber and 36-year-old Joeseph Rosenbaum, a father to a young daughter.

The third shooting victim survived and has since been identified as 26-year-old Gaige Grosskreutz, a volunteer medic for Black Lives Matter protests in Milwaukee over the summer.

He also faces charges of recklessly endangering the safety of two other victims and possessing a weapon while under the age of 18. If convicted of the two first-degree intentional homicide charges, he could face life in prison.

Rittenhouse is being held at a Lake County juvenile detention facility. A judge delayed Friday’s extradition hearing was delayed to September 25th as his lawyer claimed that he acted in self-defense. He’ll remain in custody in Illinois pending extradition to Kenosha. 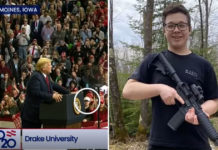