Quality Control CEO Pierre “Pee” Thomas has responded via Instagram to Migos’ malpractice lawsuit against his label, calling the suit “unfortunate” and expressing his disappointment over the allegations.

Migos filed a lawsuit against their attorney Damien Granderson early Wednesday (Jul. 15) claiming that he “cheated” the group out of millions of dollars and did not represent their best interests in a number of contractual negotiations.

Variety reports that the Atlanta trio’s lawsuit specifically says Granderson—who is also a longtime attorney for Quality Control Music (aka QC), the label Migos are signed to—”abused his position of trust as fiduciary from the moment he was retained as Migos’ lawyer” and “cheated [the group] out of millions of dollars” due to “glaring conflicts of interest” in favor of QC.

According to the complaint, the deal “would allow Capitol to distribute all albums that QCM produced and that QCM was actually profiting far more handsomely than was apparent from the face of the documents that Granderson personally presented” to the group.

QC CEO “Pee” Thomas took to Instagram Wednesday evening and posted a lengthy response to the lawsuit, writing in part: “It is unfortunate that the same people that we have worked hard, provided opportunities for, and championed for are now alleging that we have participated in any kind of immoral or unfair business practices or took advantage of them and their careers, especially while we are dealing with the death of an artist on our label that was dear to us.”

Thomas continued: “We have always practiced honest business and complete transparency from the beginning when we started Quality Control Music.

“We built this business on family values, which has been so hard to do when you are dealing with so much pride and ego.

“The problem that I have been struggling with in this business as a black man is jealousy, hate, division, and lack of communication.

“I was a millionaire before I got in the music business and for me to know the sacrifices I have made for the people that I have invested in and put every dollar, blood, sweat, and tears into is nonsense.”

He went on: “I will not stand by and let Quality Control Music’s reputation and everything we have built and sacrificed be tarnished by allegations of unfair and unjust business practices.

“I am a student of this game and I have watched several black record label owner’s get destroyed by the same things that I am facing right now. This is why majority of the people in this business end up in financial turmoil and ultimately failing to reach their full potential.

“It is hard enough to be fighting and battling with corporations and the powers that be, I am not doing it with those who I consider family. I love my artists and I love my team. Everyone has their own lawyers.

Thomas concluded: “I understand in this business that you are not always going to end with the people you started with.

“I say that to say, I am not forcing anybody to be in business with us that has a problem and cannot communicate and does not want to work as a unit.

“Everything is negotiable. I wish my whole team more money, more blessings, and continued success. #LongLiveMarlo” 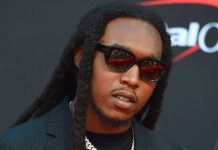