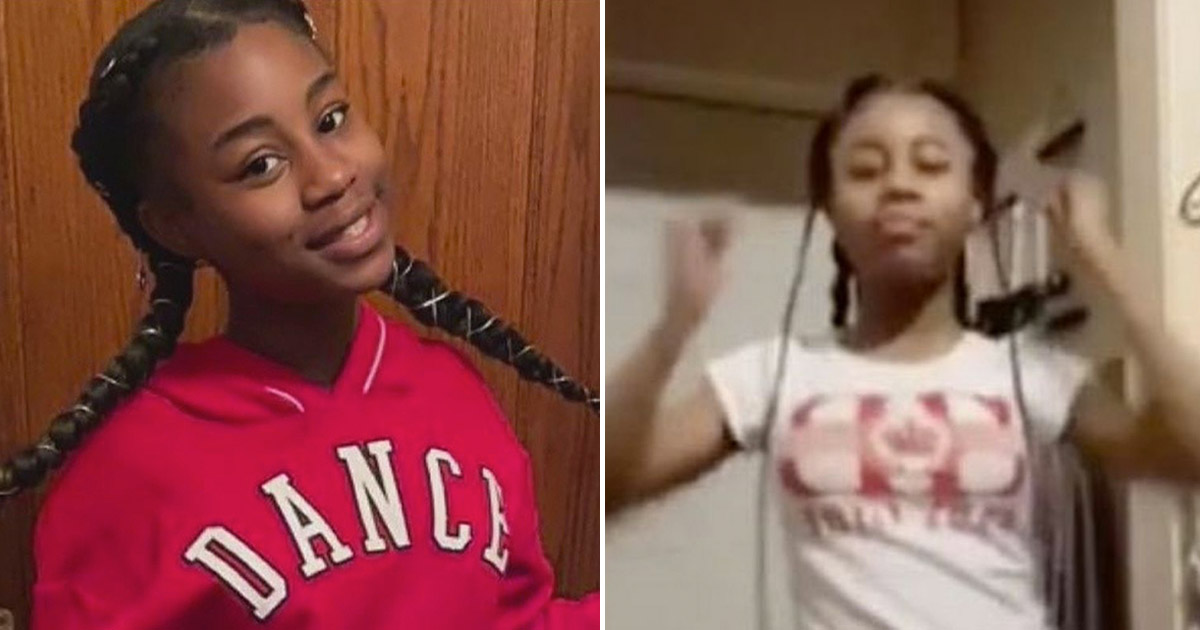 A 13-year-old girl was killed after a stray bullet from outside struck her while she was dancing inside her home in Chicago.

Amaria Jones was showing her mom a dance move she learned from the popular social media app TikTok Saturday night (Jun. 20) when a shooting began outside.

A stray bullet, fired by an unknown gunman, went through a window into Amaria’s home and through a television, striking her in the neck.

“I turned around and I was looking for her and she was on the ground reaching out like this, holding her neck. I was like, what?! What?! What?!”

“The last thought that I have of my baby is her reaching out with blood gushing out of her neck,” Jones said.

Amaria was one of three teenagers hit during the shooting.

Police said a 15-year-old boy and 16-year-old girl were also shot outside. They were taken to a local hospital, where they were listed in good condition.

A 3-year-old boy, Mekhi James, was also shot Saturday evening when someone opened fire on his father while they were driving. Mekhi’s father rushed him to the hospital, where he was pronounced dead a short time later.

Amaria and Mekhi’s deaths were among 15 shooting fatalities in Chicago over Father’s Day weekend, the deadliest of the year so far, the Chicago Sun-Times reported.

More than 100 people were shot in total. At least five of the fatalities were children, including Amaria and Mekhi.

“No one want to be a member of burying their child,” Amaria’s mother said. “It’s supposed to be is — them burying us, not us burying them.”

The bullet that struck Amaria also went through a “Chicago Lives Matter” sign hanging outside their home.

“They talk about the police killing — killing our citizens. They’re killing each other off,” Lawanda Jones said.

“Our kids are not safe no more. Period. You can’t sit on your porch. You can’t even be in your own house. You’ll get killed.”

Jones added: “To the other parents whose kids got shot — my heart goes out to them too, because don’t nobody know what it’s like unless you are in these shoes, to lose a child.

“You might sympathize with us, but you ain’t going to feel the pain until it actually happens.”

Jones said Amaria dreamed of becoming a lawyer one day. She’s calling on the person who shot and killed her daughter to turn themselves in.