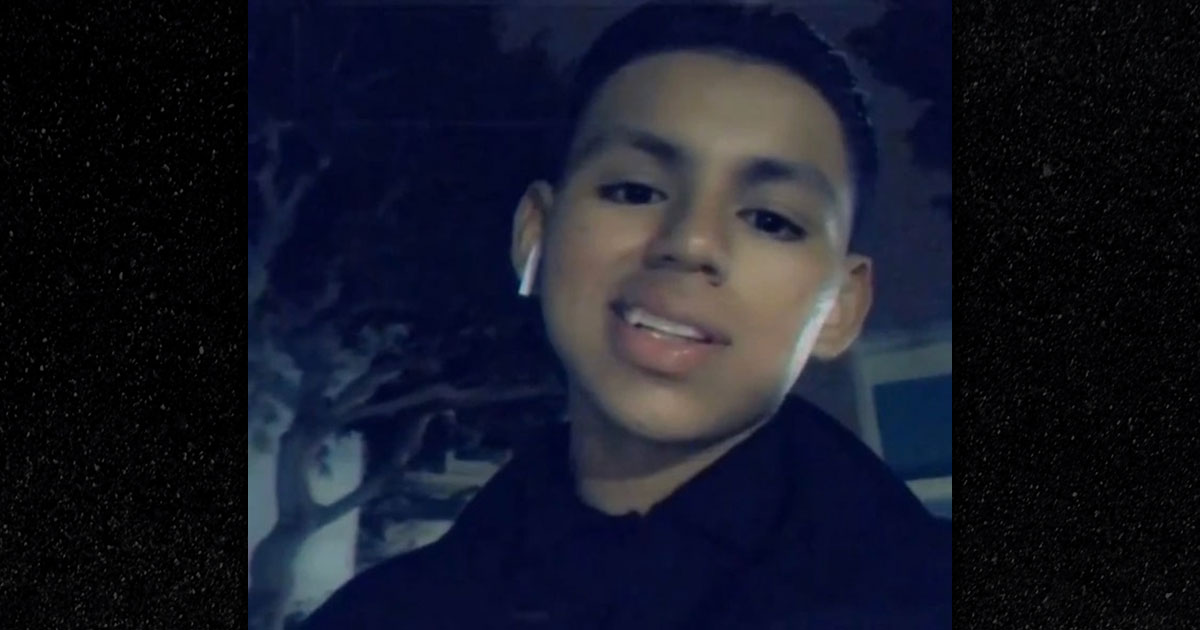 Los Angeles sheriff deputies shot and killed an 18-year-old man who was working as a security guard Thursday night (Jun. 18).

Andres Guardado had been hired by a local body shop to prevent local residents from tagging the building with spray paint.

While on the job, two deputies from Gardena approached the teen and claimed that he flashed a weapon at them before fleeing on foot.

The officers chased the teen on foot before ultimately gunning him down and taking his life.

“The police came up, and they pulled their guns on him and he ran because he was scared,” said Andrew Heney, the shop’s owner who hired Guardado. “They shot and killed him.”

“He’s got a clean background and everything,” Heney told reporters. “There’s no reason.”

It doesn’t appear that the police officers were called to the scene, but instead, they saw the teen with a firearm he used for his job.

It’s unclear if Guardado fired any shots at the deputies, but he was pronounced dead at the scene and no officers were injured.

“I lost a part of me, it’s empty, and I’m never gonna have him back,” said Guardado’s sister. “I’m never gonna see him, he’s never gonna talk to me. I just can’t believe this happened to my brother. It really hurts.

As the news of Guardado’s death emerged, people took to the internet to demand justice after yet another police killing.

#LAcountysheriffs that’s what your officers do that cannot catch someone? First they harass and profile then they shoot them as they run away. Your sheriffs department doesn’t even wear body cams . #themurdererswritethereports #JusticeForAndresGuardado https://t.co/OzVwpg9fAw

You can add #JusticeForAndresGuardado to that list. Unfortunately this story isn’t getting enough attention.

Its clear #AndresGuardado should b alive today. LA County Sheriffs are a rogue gang of murderers and liars. Especially in “unincorporated” areas of LA that they cover. #JailTheKillerCops #ABadgeIsNotALicenseToKill #JusticeForAndresGuardado https://t.co/DlSpsZvSAB via @YouTube

No one should be shot and killed like this. #JusticeForAndresGuardado https://t.co/PZMmXYKWqR

My heart is broken. Cops killed a kid who worked and studied to become a nurse. All these killers should be in jail #JusticeForAndresGuardado! https://t.co/tRaFN2AZRh

The teen’s death comes just one day after another deadly shooting by police officers in Los Angeles County, and as of now, the incident is currently being investigated internally.