GOSSIPONTHIS.COM News Florida Sheriff Says His County’s Residents “Like Guns” & He Encourages Them... 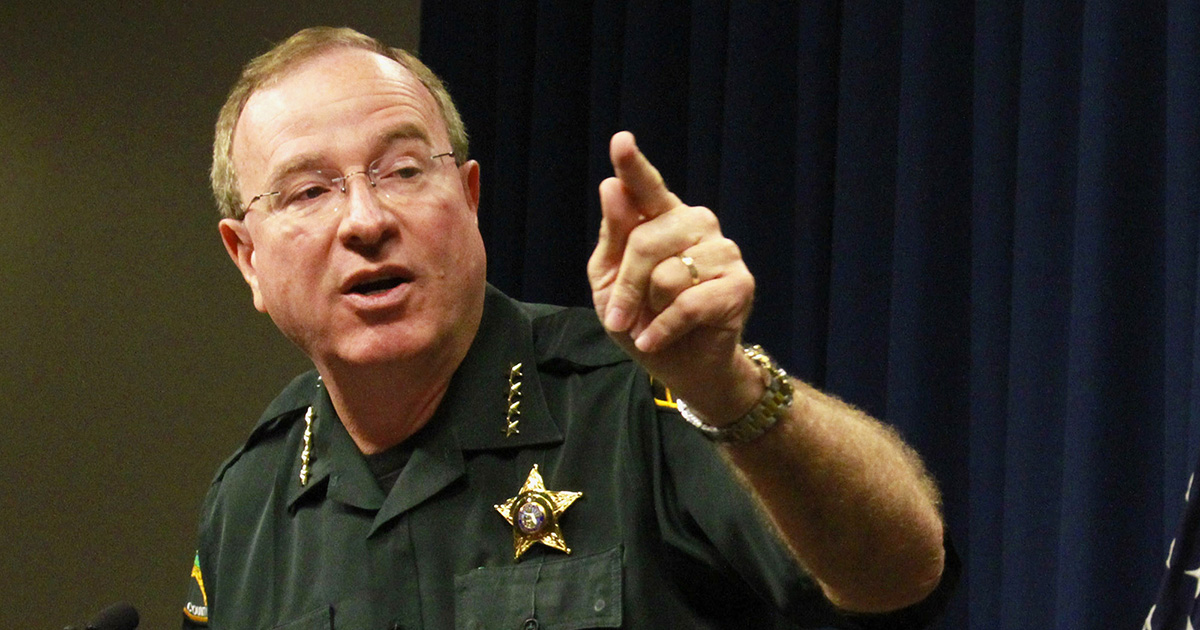 A Florida sheriff encouraged residents to open fire on violent looters who try to break into their homes.

During a news briefing on Monday (Jun 1), Polk County Sheriff Grady Judd addressed rumors on social media of riot activity moving towards residential areas and warned would-be agitators that attempting to loot the homes of innocent residents would likely result in them being shot by gun-toting homeowners.

“I would tell them, if you value your life, they probably shouldn’t do that in Polk County,” Sheriff Judd said.

“Because the people of Polk County like guns, they have guns, I encourage them to own guns, and they’re going to be in their homes tonight with their guns loaded.

“And if you try to break into their homes tonight and try to steal, to set fires, I’m highly recommending they blow you back out of the house with their guns. So, leave the community alone.”

The Polk County Sheriff’s Office extended the county’s 8 p.m. to 5 a.m. curfew for another night following days of civil unrest and criminal activity.

“But Minneapolis is not Polk County,” he continued. “And I want to say unequivocally that the community here is unbelievable … But please understand, that if you come here to riot, to loot, to injure people, we’re going to lock you up in the county jail.”

While Judd emphasized his appreciation for peaceful protests, he condemned those who spent the weekend rioting, looting and committing crimes in Floyd’s name.