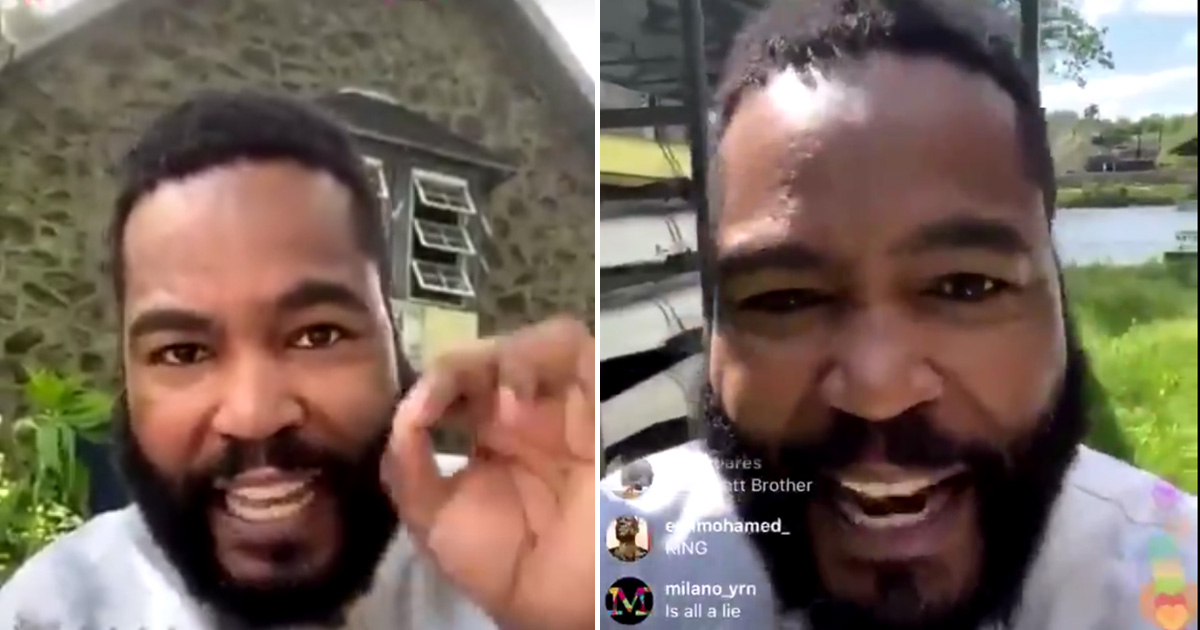 Dr. Umar Johnson catches a lot of backlash for his radical views, but he is on point with his latest hot take.

Amid protests all over the country (and the world, for that matter) against police brutality after the murder of George Floyd by former Minneapolis police officer Derek Chauvin, Dr. Johnson took to Instagram Live Sunday (May 31) and is now going viral for questioning why white people aren’t going all out to end racism like how they were going so hard to end the COVID-19 lockdowns.

Dr. Johnson pointed out that some white people who call themselves allies and are marching alongside Black Americans and people of color during the recent protests were among the same people storming government buildings with guns and demanding state leaders to end coronavirus lockdowns … but for some reason, they don’t have that same energy for ending racism and police brutality against people of color.

“If these white folks who are marching with you care about you so much, why didn’t they storm their Capitols with rifles demanding an end to racism?” Johnson asked.

“Why didn’t they do the same thing they did for COVID quarantine for black life injustice if they care about you so much?

“If they love y’all so much, why didn’t they do for you what they did for COVID quarantine?”

He basically said this is the reason why he hasn’t been seen protesting … because he’s not OK with marching in with “allies” who aren’t really for Black people as much as they say they are.

Take a look below (but be sure ignore the last 20 or so seconds when he goes on a homophobic and misogynistic rant about Black Lives Matter being an “LGBT front” and #MeToo being established to take down heterosexual Black men):

During his IG Live session, Johnson also challenged so-called White allies to protest in their own communities instead of Black communities:

Y’all can say whatever about Dr Umar, but this has been his energy since day 1! Points were made! White ppl need to protest in their communities .. not in ours!! pic.twitter.com/NKHlT24rLD

Johnson also stood up for looters, pointing out that America was essentially built on stolen land and starts wars with other countries over resources, so what’s the big deal?

why he kinda spittin pic.twitter.com/XEF81XrmmD

Dr. Umar Johnson can be problematic AF at times (most times, really) but points were definitely made.