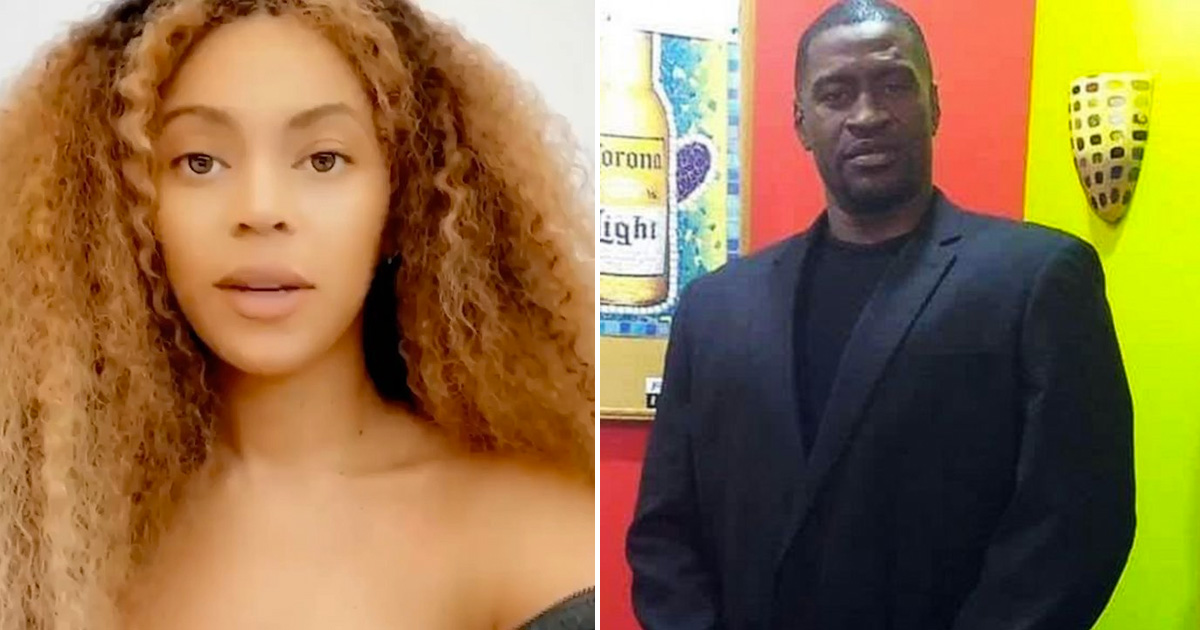 Beyoncé has joined the growing list of celebrities speaking out against the death of George Floyd at the hands of former police officer Derek Chauvin.

In a rare move, the singer took to Instagram Friday night (May 20) and shared a personal video message of her demanding justice for Floyd’s death.

“We need justice for George Floyd. We all witnessed his murder in broad daylight. We’re broken and we’re disgusted. We cannot normalize this pain,” Beyoncé said in the minute-long clip.

“I’m not only speaking to people of color. If you’re white, Black, brown or anything in between, I’m sure you feel hopeless by the racism going on in America right now.”

She continued:  “No more senseless killings of human beings. No more seeing people of color as less than human. We can no longer look away. George is all of our family in humanity. He’s our family because he’s a fellow American.”

Derek Chauvin, the former Minneapolis cop seen on the now-viral video clip kneeling on George Floyd’s neck as the man begged for his life and said “I can’t breathe” has since been arrested for murder in George’s death, but Beyoncé suggested that’s not enough and the battle is far from over.

“There have been too many times that we’ve seen these violent killings and no consequences,” she said. “Yes someone’s been charged, but justice is far from being achieved.”

Beyoncé ended her message asking fans to sign a petition calling for justice for Floyd’s murder.

“Please sign the petition and continue to pray for peace and compassion and healing for our country,” she concluded.

Beyoncé’s call for justice in the wake of George Floyd’s murder comes after the singer honored the man on the homepage of her official website Wednesday (May 27)—two days after the May 25th incident and the day after Chauvin and the other three officers involved in Floyd’s arrest and subsequent death were fired from the Minnesota Police Department.

“Rest in Power George Floyd,” the singer wrote alongside what appears to be a senior yearbook photo of Floyd.