GOSSIPONTHIS.COM Crime It Was All A Lie: String of Burglaries Gregory & Travis McMichael... 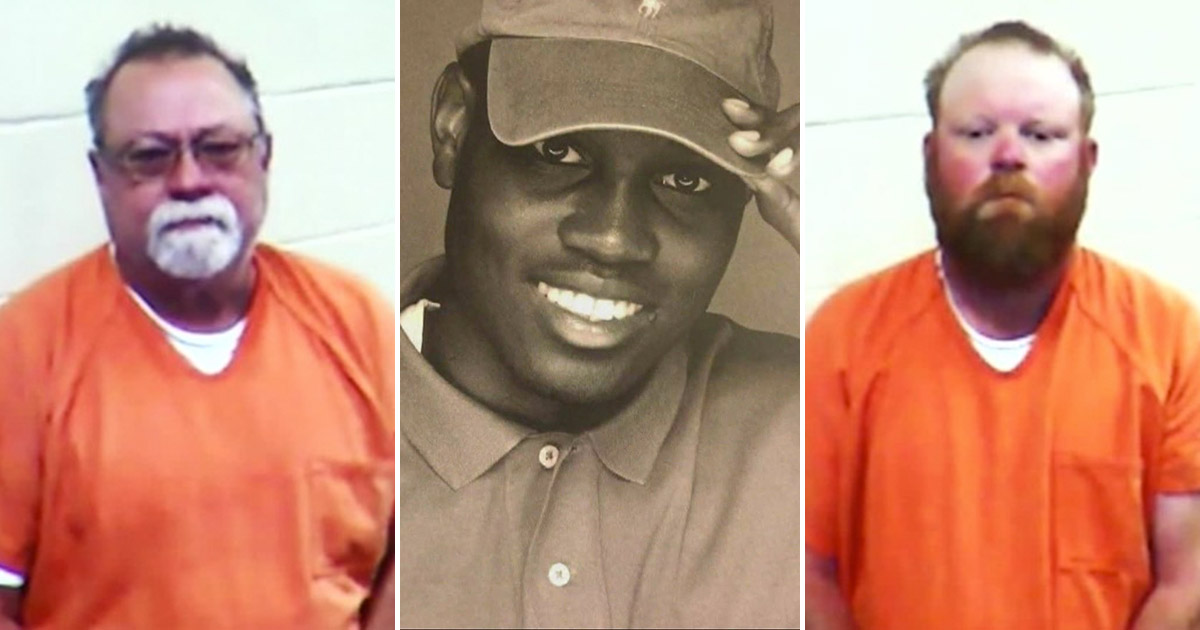 Gregory and Travis McMichael, the white father and son who were arrested and charged in the shooting death of Ahmaud Arbery, told police they believed the 25-year-old black man was a suspect in a string of burglaries in the area, and that’s why they chased him down and killed him while trying to detain him for questioning in a citizen’s arrest.

Well, as it turns out … and this may or may not surprise you … that was a whole entire lie.

A police lieutenant told CNN that there was just ONE burglary incident—not several, as the McMichaels said—reported in the Brunswick, Georgia, and that was on January 1st, nearly two months before the shooting.

Greg, 64, and his 34-year-old son Travis were arrested in Brunswick on Thursday (May 7) and face charges of murder and aggravated assault in Arbery’s death.

Many in the South Georgia community (and all over the country) were angry that it took over two months for the McMichaels’ arrests, which came two days after video footage surfaced showing the deadly confrontation, sparking outrage and calls for justice.

Immediately after the fatal shooting, according to a Glynn County Police report, Greg McMichael—a former investigator for the District Attorney’s office—said he thought Arbery resembled a suspect in a series of recent break-ins in the Satilla Shores neighborhood.

However, Glynn County Police Lieutenant Cheri Bashlor said there was just one automobile burglary in the neighborhood reported after a 9mm pistol was stolen on January 1st from an unlocked truck outside the McMichaels’ home.

Arbery was out for a jog in the Satilla Shores neighborhood on February 23rd when Gregory McMichael and his son chased him down, police said.

Arbery and Travis McMichael struggled over the latter’s shotgun, and Gregory McMichael told police that his son shot Arbery after Arbery attacked him, the police report stated.

The McMichaels briefly appeared in court Friday and the judge denied bond for the father-son duo.

“I just want justice for my son,” Ahmaud’s father, Marcus Arbery Sr., told CNN Friday on what would have been Ahmaud’s 26th birthday. ” I just want them to pay the price for the crime they did.”

“Anytime you pursue a young man, go jump in a truck with shotguns and a pistol … and you follow him and slaughter him like that, that’s lynching,” he said.

Because Georgia is one of a few states that doesn’t have a hate crime statute, the McMichaels will not face any hate crime charges for Arbery’s shooting death.

When asked why the Georgia Bureau of Investigation arrested the McMichaels so quickly when local authorities failed to do so for 74 days, GBI Director Vic Reynolds said he couldn’t speak on the actions of other agencies.

But, he did say that he was “very comfortable in telling you that there’s more than sufficient probable cause in this case for felony murder.”