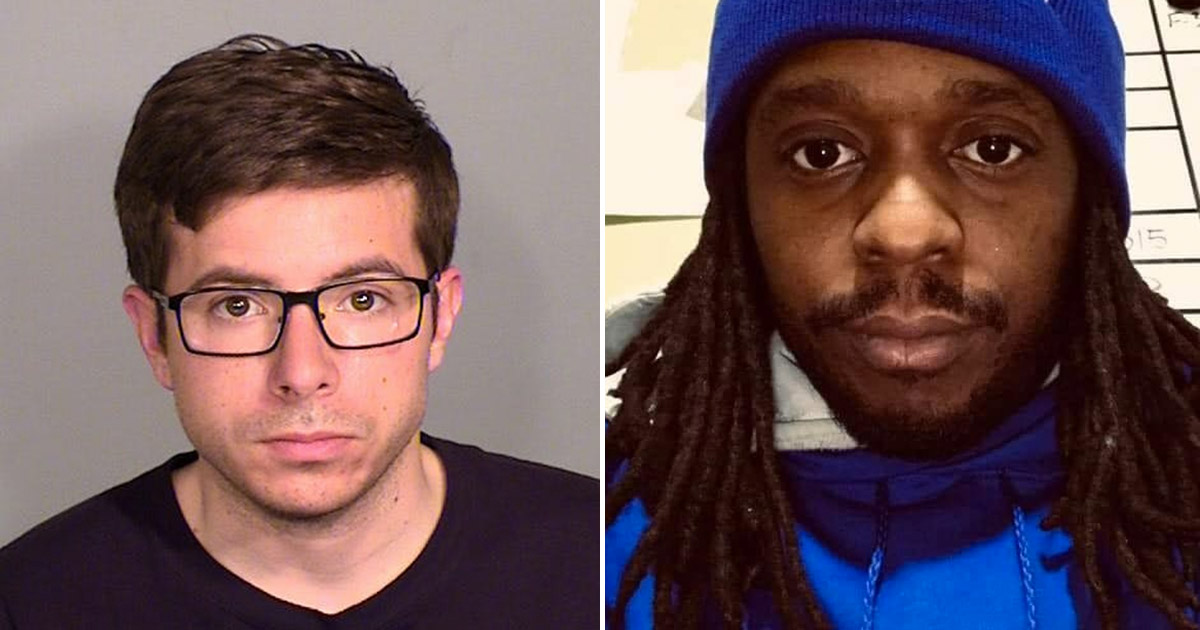 Following the brutal murder of Ahmaud Arbery making national headlines, another black man has been killed over what appears to be a racially motivated crime.

39-year-old Douglas Lewis was shot and killed by 24-year-old Anthony Trifiletti on Friday (May 1) in Saint Paul, Minnesota.

The shooting happened after a small fender bender that took place.

According to reports, Lewis rear-ended Trifiletti’s truck on Interstate 94.

Following the minor traffic incident, both men got out of their cars, but two stories are being told about what transpired next.

Trifiletti told police that Lewis started yelling at him after they pulled over on the side of the highway and he asked Lewis for his insurance.

He said that his friends in another truck were following him on the highway, but he told them to leave because of Lewis’ behavior.

Trifiletti and a friend who stayed behind told police that Lewis yelled to them “I’m GD,” referring to gang membership.

He then told police that he and Lewis both walked back to their cars to pull away and leave the scene, but he “unintentionally” followed Lewis back to his car. Lewis then threw his car in park and got back out.

Trifiletti told police that Lewis advanced towards him and “put his hand underneath his shirt near his waistband.”

Trifiletti said this prompted him to pull out his gun and fire several shots. Police say that Trifiletti has a legal permit to carry firearms.

According to court records, Trifiletti told authorities he “thought he was going to die and was afraid for his life.”

However, bystanders on the scene are telling a totally different narrative.

A young couple who witnessed the whole encounter tell police that Lewis never yelled anything about being “GD” and did not have a gun on him.

They also said the two men were about 10 feet apart when Trifiletti started firing shots. The couple provided first aid to Lewis and tried to save his, while Trifiletti fled the scene.

Trifiletti later returned to the scene of the crime and turned himself in. When questioned by police if he could have avoided the shooting by driving away or refusing to get out of his truck, Trifiletti told them he didn’t think that was an option.

While it hasn’t been explicitly established that this was a hate crime, the shooting may have been racially motivated due to Trifiletti’s history of racism.

Following Lewis’ death, the mother of his kids, Kita Riley, posted a message on Twitter she received from someone who allegedly knew Trifiletti.

“Sorry for your loss, Tony is someone who I know to be afraid of the Black community. This is a race case 1000 percent,” the statement said.

In one Facebook Live video from 2016, he can be heard casually using a racial slur among friends.

A girl glares at hime for using the word before one friend responds: “He said n***er. That’s racist,” as Trifiletti laughs. Someone off-camera then refers to “a f**king Jew.”

In another video, a male friend of Trifiletti’s can be heard mocking Asians.

According to Trifiletti’s defense attorney Ryan Pacyga, however, none of this will be admissible in court unless prosecutors find evidence that the shooting was indeed a hate crime.

“As distasteful as any racial slurs are, the question becomes whether it is relevant to a trial—and is there a danger of unfairness that would inflame the passions of a jury?” Pacyga said.

Douglas Lewis’ family remembers him as a hardworking man and a father of four. His sister says he was making a living as a delivery driver for 1-800-Got-Junk, Amazon, and DoorDash.

She told the Star Tribune that she doesn’t accept Trifiletti’s excuse for killing her brother.

“White people can get away with killing a black man by saying they were afraid,” Valerie Lewis said. “He killed my brother in cold blood.”

Trifiletti is facing a count of second-degree murder. He is being held in Ramsey County Jail on a $1 million bond.