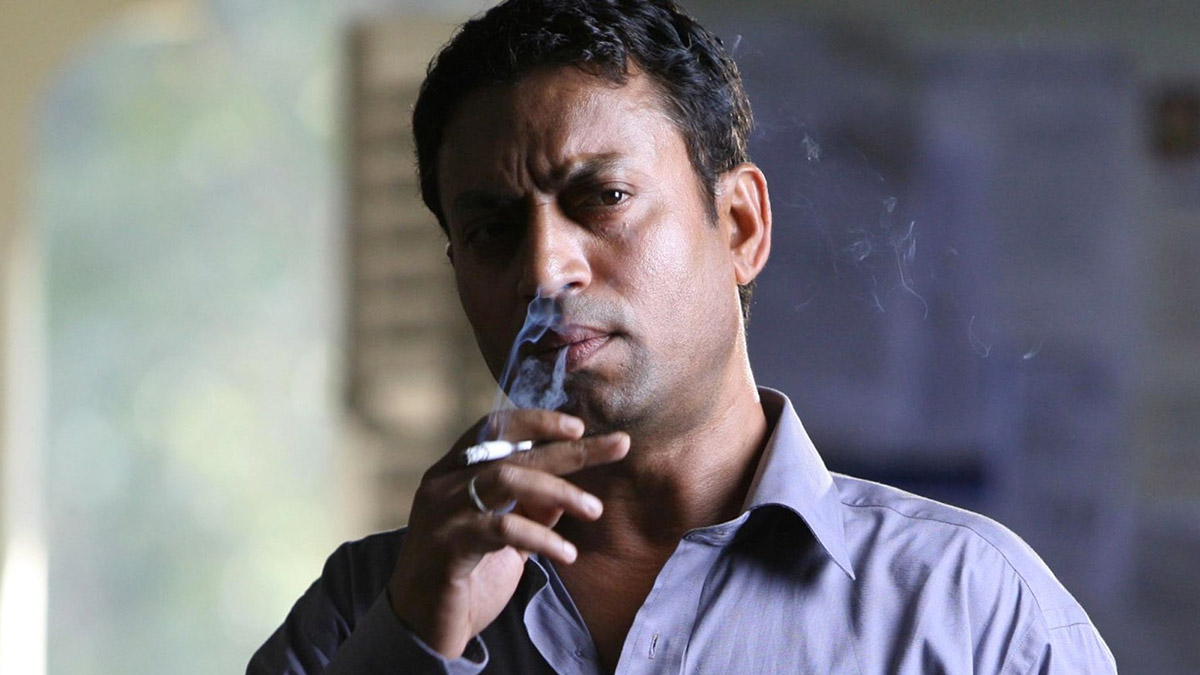 Indian film star Irrfan Khan—known for his roles in films such as Slumdog Millionaire and Life of Pi—has died at the age of 53 following a two-year battle with colon cancer.

Khan was reportedly rushed to a hospital in Mumbai on Tuesday (Apr. 28) after suffering a kidney infection. He was placed into intensive care and died a day later on Wednesday, April 28th.

According to reports, the actor was diagnosed with a neuroendocrine tumor in 2018, but continued to act while battling the disease.

His spokesman said he “spent his final hours surrounded by his love, his family for whom he most cared about.”

“I trust, I have surrendered”; These were the some of the many words that Irrfan expressed in a heart-felt note he wrote in 2018 opening up about his fight with cancer. And a man of few words and an actor of silent expressions with his deep eyes and his memorable actions on screen. It’s saddening that this day, we have to bring forward the news of him passing away.

“Irrfan was a strong soul, someone who fought till the very end and always inspired everyone who came close to him. After having been struck by lightning in 2018 with the news of a rare cancer, he took life soon after as it came and he fought the many battles that came with it.

“Surrounded by his love, his family for whom he most cared about, he left for heaven abode, leaving behind truly a legacy of his own. We all pray and hope that he is at peace. And to resonate and part with his words he had said: ‘As if I was tasting life for the first time, the magical side of it.'”

“Yes, it is true that Irrfan Khan is admitted to ICU at Kokilaben in Mumbai because of a colon infection,” the statement read.

“We would keep everyone updated. He is under doctor’s observation. His strength and courage have helped him battle and fight so far and we are sure with his tremendous willpower and prayers of his well wishers, he will recover soon.”

The news of Irrfan’s death was quickly met with a flood of industry condolences, with Bollywood icon Amitabh Bachchan calling Khan “an incredible talent,” “a gracious colleague” and a “prolific contributor to the World of Cinema” that “left us too soon.”

T 3516 – .. just getting news of the passing of Irfaan Khan .. this is a most disturbing and sad news .. ?
An incredible talent .. a gracious colleague .. a prolific contributor to the World of Cinema .. left us too soon .. creating a huge vacuum ..
Prayers and duas ?

Nimrat Kaur, who starred alongside Irrfan in The Lunchbox said: “India has lost one of her biggest icons today.”

Words fail to describe my sense of shock and horror to learn about Irrfan Khan’s passing away. My prayers and deepest condolences are with the family at this grave hour. India’s lost one of her biggest icons today. Our world left for the poorer… #IrrfanKhan #Forever

Khan was widely considered one of India’s biggest actors—starring in Indian films like Paan Singh, Tomar, Haider, Gunday, and more—but he also achieved notable success in international and U.S. markets.

His career spanned thirty years and his filmography includes dozens of movies, including his screen debut in the 1988 Academy Award-nominated film Salaam Bombay!

Khan went on to star in several other films in Bollywood and Hollywood, and had supporting roles a number of big Hollywood films like 2012’s The Amazing Spider-Man and Life of Pi, Jurrasic World (2015) and Inferno (2020).

Khan’s last film was the Bollywood flick Angrezi Medium, which was released days before India’s nationwide lockdown was announced.

Local media previously reported that Khan’s mother had passed away on Saturday (Apr. 25).