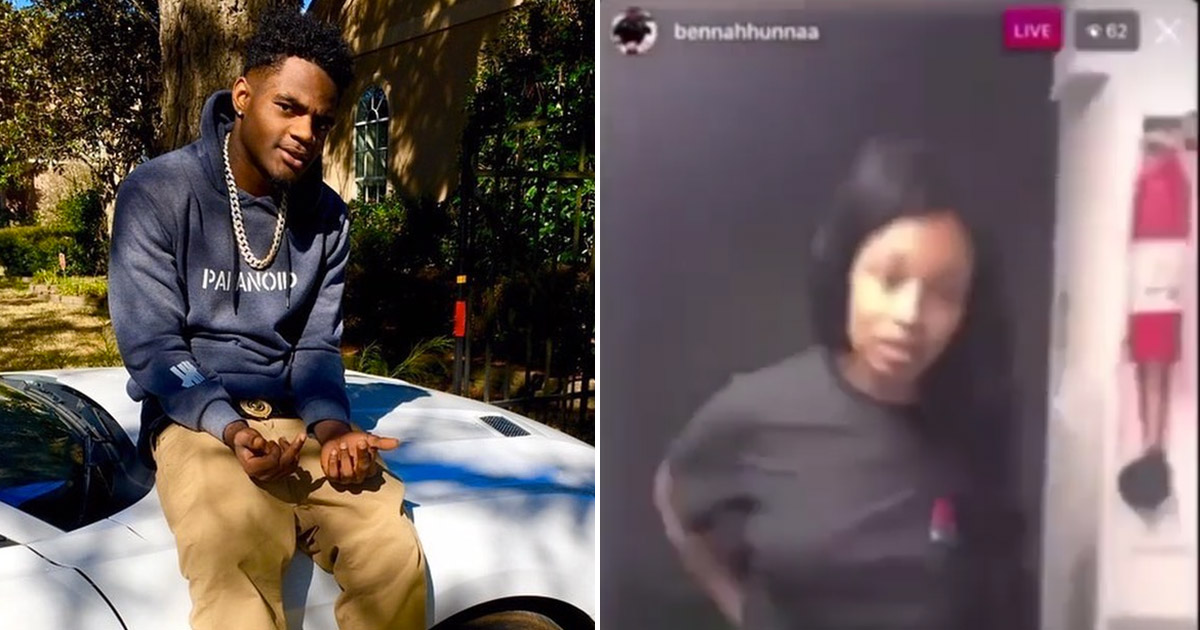 An up-and-coming rapper from Louisiana named Bennahhunnaa was shot by his ex-girlfriend after he refused to leave her house … and the whole thing went down on Instagram Live.

The crazy footage starts off with Bennahhunnaa taunting his ex after she makes it clear she wants him to leave.

“You want to pull a gun on me? You live, you bout that. You gone shoot me?” he says to her.

The woman replies asking Bennahhunnaa to take her off Instagram Live numerous times, which he refuses to do and keeps recording.

“Get me off camera. Get out of my house!” the woman yelled.

Bennahhunnaa responded back to her: “This my phone you can’t tell me to do sh*t.”

As the rapper keeps recording and follows the woman into another room in the house, she warns him that she will shoot and kill him while he is on Instagram Live.

Bennahhunnaa doesn’t take the woman seriously and even threatens to slap her.

“You not gone pull it. You ain’t no gangster. Bet you I will slap the piss out of you,” he says.

Literally seconds later, the woman fires a shot at the man and he falls to the ground and drops his phone.

Following the shooting, Bennahhunnaa responded to the situation on Instagram and called out people who were defending his ex for her actions.