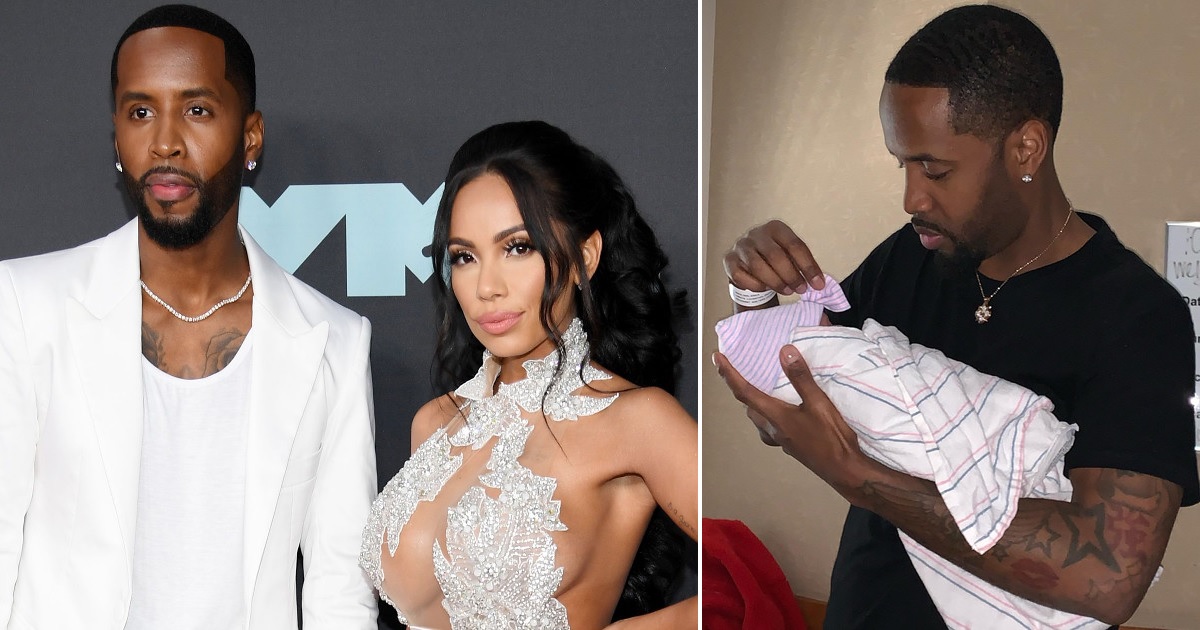 Safaree and wife Erica Mena welcomed their first child together on Sunday (Feb. 2). The Love & Hip-Hop stars shared the first images of the baby girl on Monday.

“These past 24 hrs have been an adventure to say the least!! I’m a part of the #girldad club now,” Safaree wrote on Instagram with a photo of his newborn daughter grabbing his finger. “Perfection is here.”

The baby’s name has not been revealed, but it is very clear daddy is smitten with his little girl.

“Just here staring at my husband as he obsesses over our daughter,” Erica captioned a photo of Safaree holding their daughter. “I thank God. I prayed for this life.”

Safaree was actually on his way to a performance when Erica went into labor. He apologized to fans for canceling.

“Sorry to everyone who came out to see me in Rhode Island last night, as I was getting ready to leave my wife’s water broke,” he explained on his Instagram Story.

Safaree and Erica met in 2013 while filming the VH1 reality series, Scared Famous. They got married in October 2019, shortly after confirming they were expecting a baby.

This is Safaree’s first child. Erica has one son from a previous relationship.