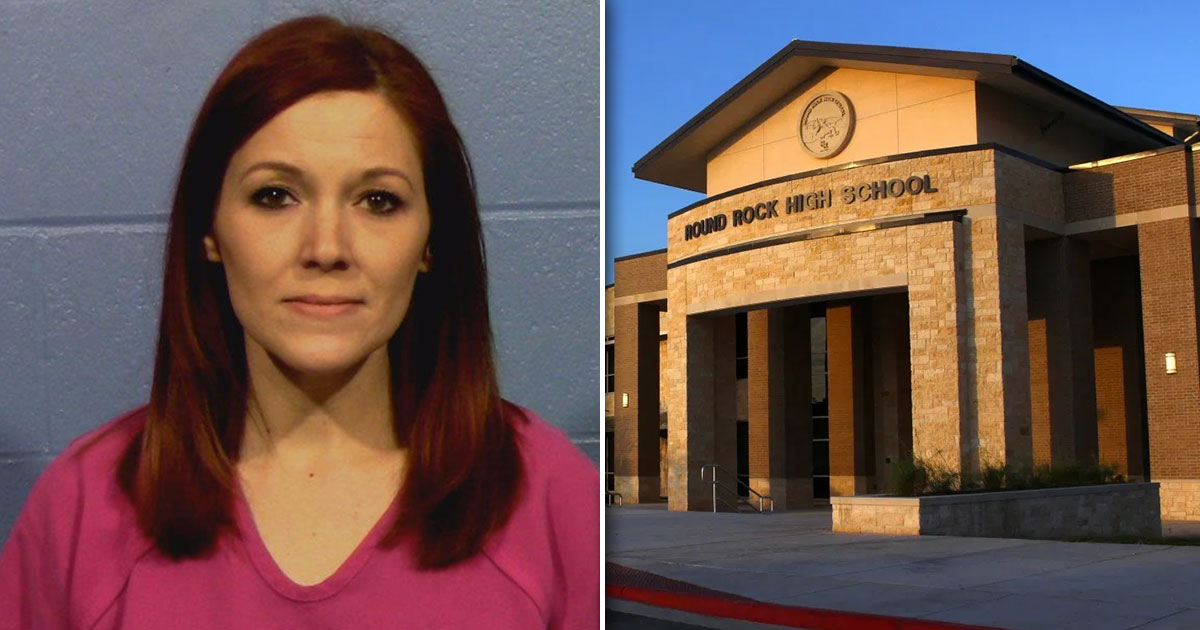 A Texas high school teacher who was once honored as the “teacher of the year” of an entire school district was arrested for having an improper relationship with a student.

36-year-old Randi Chaverria was a Family and Consumer Science teacher at Round Rock High School.

According to an affidavit obtained by Round Rock’s KVUE News, Chaverria had sexual conduct with a current student several during the 2019 fall semester.

The student reportedly told police Chaverria performed oral sex on him twice in her classroom on or around October 16th.

Officials said they reviewed text messages between the student and Chaverria, and they were consistent with the student’s allegations.

School officials sent an e-mail to parents saying they were first notified that Chaverria had been accused of sexually abusing a student on November 18th, and once they were notified, the teacher “elected to take leave” before the administration received the report.

“Once notified, the teacher, who had elected to take leave before administration received the report, was immediately reported to the District’s Human Resources Department and law enforcement and not permitted to return to campus,” Round Rock High School principal Matt Groff wrote in the e-mail, according to KXAN-TV.

Groff also wrote that the case had been reported to the State Board for Educator Certification.

Groff also said the district plans to cooperate with police in the investigation.

“Safety is the top priority of Round Rock High School and Round Rock ISD. Ensuring a safe and secure learning environment requires partnership between students, parents, campus and district staff, as well as law enforcement,” he wrote.

Prior to the incident, Chaverria was a decorated teacher, having been awarded Secondary Teacher of the Year in May 2019, according to the Round Rock Independent School District website.

According to the news release announcing her award, Chaverria also headed an “Adopt-A-Child” community service project where high school students would adopt elementary school students in need and buy Christmas gifts for them.

Chaverria turned herself in to Williamson County Jail Tuesday morning (Nov. 26) and was released that same day after posting bond.

According to court records, she has yet to enter a plea and hasn’t hired an attorney to speak on her behalf.