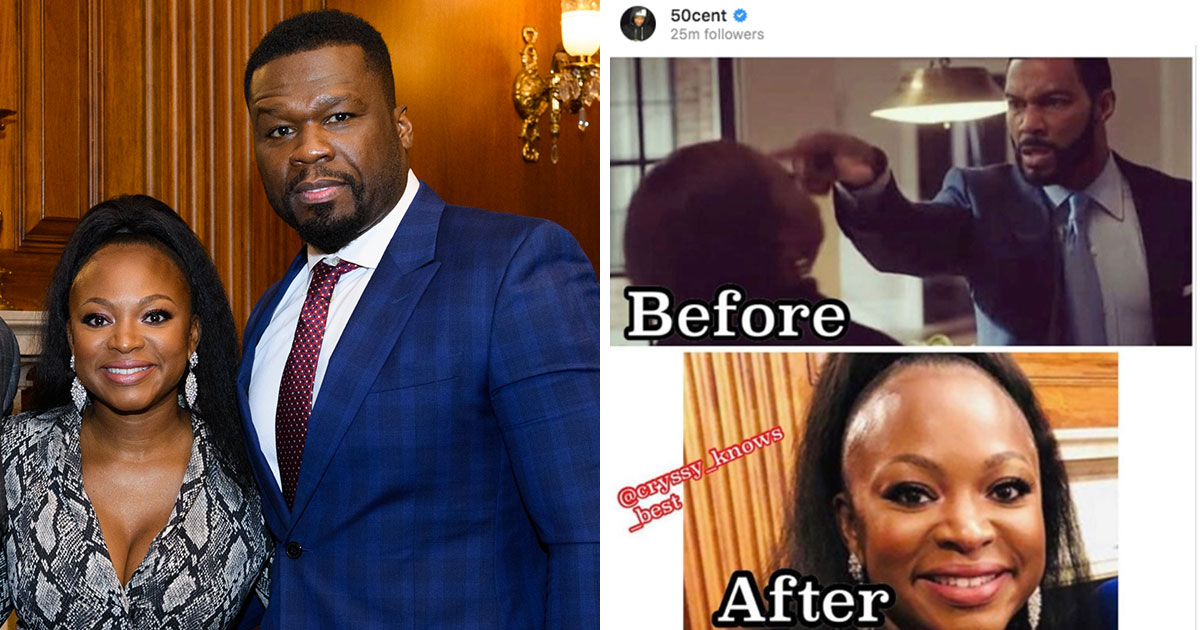 50 Cent offered a rare apology to Power actress Naturi Naughton after the rapper and executive producer hurt her feelings by sharing a meme joking about her forehead.

Two episodes back on Power, after Ghost (played by Omari Hardwick) physically assaulted Tasha (Naughton) when Tasha threatened to tell the police about everything, including the fact that he murdered her lover, Terry Silver while they argued about her helping Tariq sell drugs out of her daycare, Ghost took his finger and mushed Tasha’s forehead.

Unsurprisingly, social media turned the scene into a meme, with one, in particular, pointing out the size of Naturi’s forehead and her lack of edges in a photo from a recent event that has since gone viral.

Ghost pushed her shit back with that finger ?? https://t.co/vEuMWMIslg

50 Cent saw the meme and shared it with his 25 million followers on Instagram, writing in the caption: “POWER never ends, Ghost f**ked up the edges. LOL”

When Naturi saw 50’s post, she took to her Instagram story, writing: “Umm … mean much @50cent … Don’t I make you look good every Sunday night? But cool.”

Fiddy later apologized, writing in a subsequent IG post: “Yes you do a great job on the show @naturi4real. I’m sorry if I hurt your feelings.”