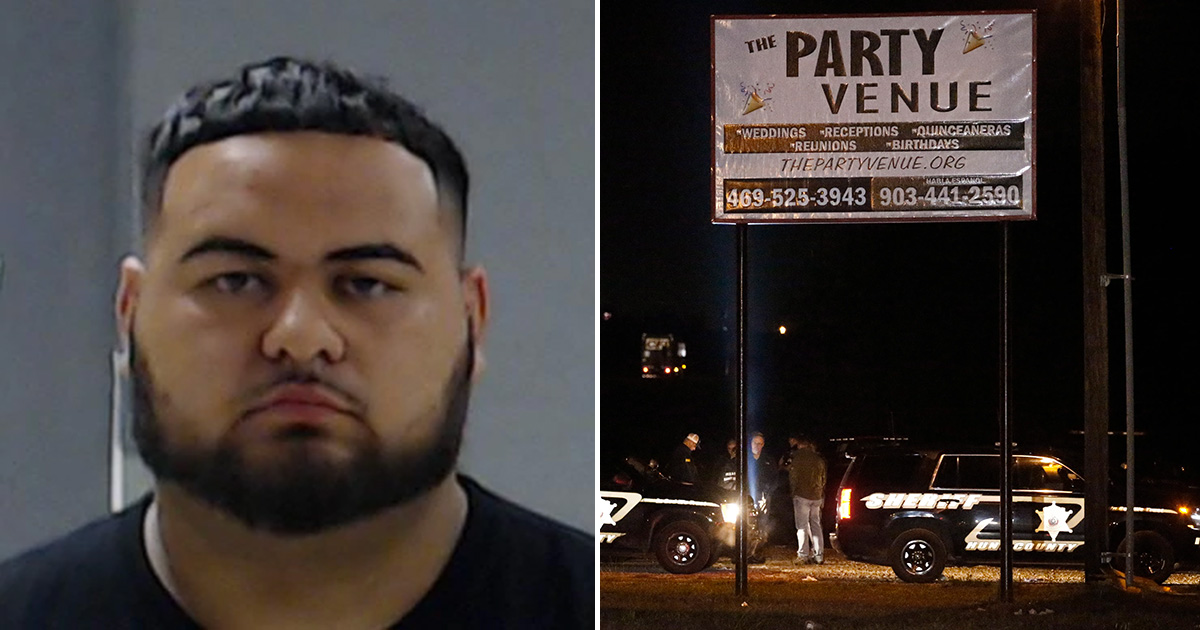 The man suspected of shooting into a crowd of more than 700 people at a Halloween homecoming party for Texas A&M-Commerce students in Greenville, Texas late Saturday night (Oct. 26) has been identified and arrested.

He’s been charged with capital murder of multiple persons for the shooting that killed two people and injured more than a dozen others, and he’s being held on $1 million bond.

The two deceased victims were identified as Kevin Berry Jr. and Byron Craven, both 23.

Police haven’t revealed a movie, however, they did say that the shooter snuck into the back of The Party Venue around 11:30 p.m. and began firing not long afterward.

Sheriff Meeks said the first shooting victim may have been the gunman’s intended target, and the rest of the victims appeared to have been wounded at random.

Meeks said Gonzales was arrested Monday morning as he arrived at his job at an auto dealership, where he’s employed as a mechanic.

Despite reports Monday indicating that there was a second suspect at-large, Meeks said the department doesn’t anticipate making any additional arrests in connection with the deadly shooting.