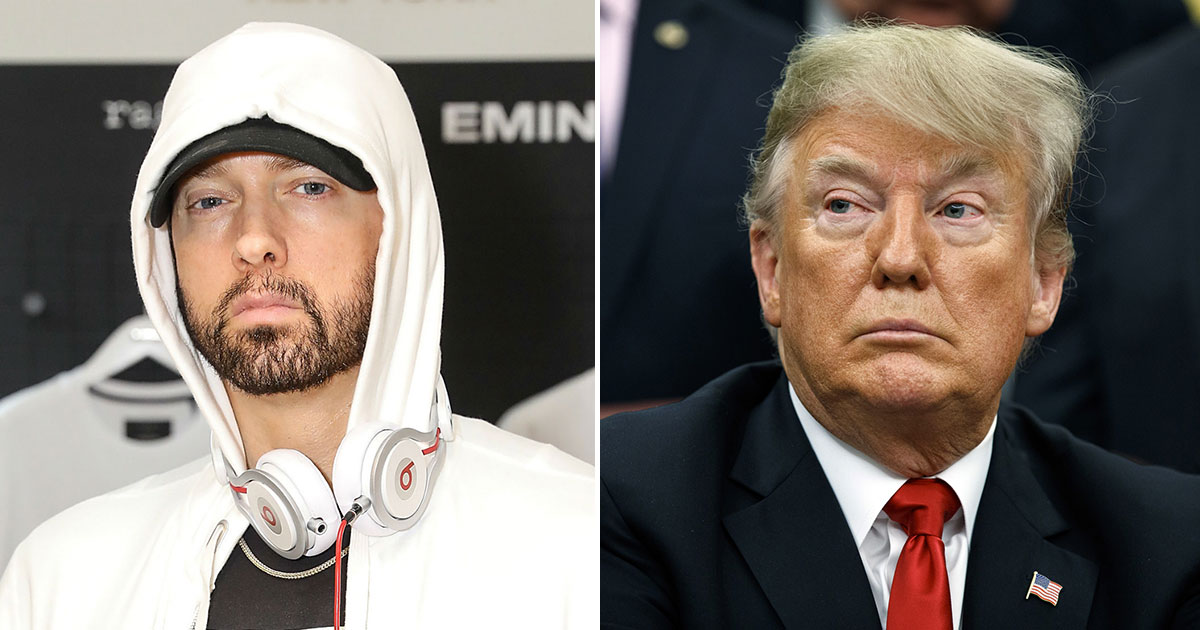 The dry snitching of a “concerned” TMZ employee resulted in Eminem being questioned by Secret Service agents over lyrics about Donald Trump.

Newly uncovered documents obtained by BuzzFeed News reveal the president’s muscle paid the Detroit rapper a visit regarding “threatening lyrics” towards Trump and his daughter Ivanka in his 2017 album Revival.

NEW/SCOOP: Took a temporary detour from my usual reporting

After @Eminem released Kamikaze, I listened to it on my way home from work. On The Ringer, he raps he was visited by Secret Service

So I filed a #FOIA request. Turns out he was. About his lyricshttps://t.co/hOap0bfLJL pic.twitter.com/oLwl6aA2Zp

“A concerned citizen reported Marshall Mathers the rapper ‘Eminem’ had a new song called ‘Framed’ with an inappropriate comment towards President Donald Trump and a threatening comment towards Ivanka Trump,” the report claims.

That “concerned citizen” turned out to be a TMZ reporter who was reaching out to the Secret Service to provide a comment for their article.

“I want to know if your agency is investigating Eminem for his threatening lyrics about First daughter Ivanka Trump,” the unnamed reporter asked.

Apparently, these are the lyrics that caught the agency’s attention:

“Donald Duck’s on as the Tonka Truck in the yard / But dog, how the f**k is Ivanka Trump in the trunk of my car? … / ‘Cause I feel somewhat responsible for the dumb little blonde girl / That motherf**kin’ baton twirler that got dumped in the pond, second murder with no recollection of it …”

Secret Service agents also noted Eminem’s history of coming after Trump in his music, citing his freestyle in the 2017 BET Hip Hop Awards cypher in their report: “This is not the first time MATHERS made threatening comments towards POTUS and his family. In [October] 2017, MATHERS freestyled comments that were threatening in nature towards POTUS.”

As background evidence to prove Eminem’s hatred of Trump, the Secret Service also included in their report a December 2017 Vulture interview in which the rapper said Trump “makes my boil blood.”

Secret Service agents eventually met with Eminem on January 16th, 2018 and determined that his “threats” against the president weren’t likely to be acted upon.

Em recounted the meeting on a song from his 2018 album Kamikaze called “The Ringer.”

“Cause Agent Orange just sent the Secret Service / To meet in person to see if I really think of hurtin’ him,” he rapped. “Or ask if I’m linked to terrorists / I said, ‘Only when it comes to ink and lyricists.'”