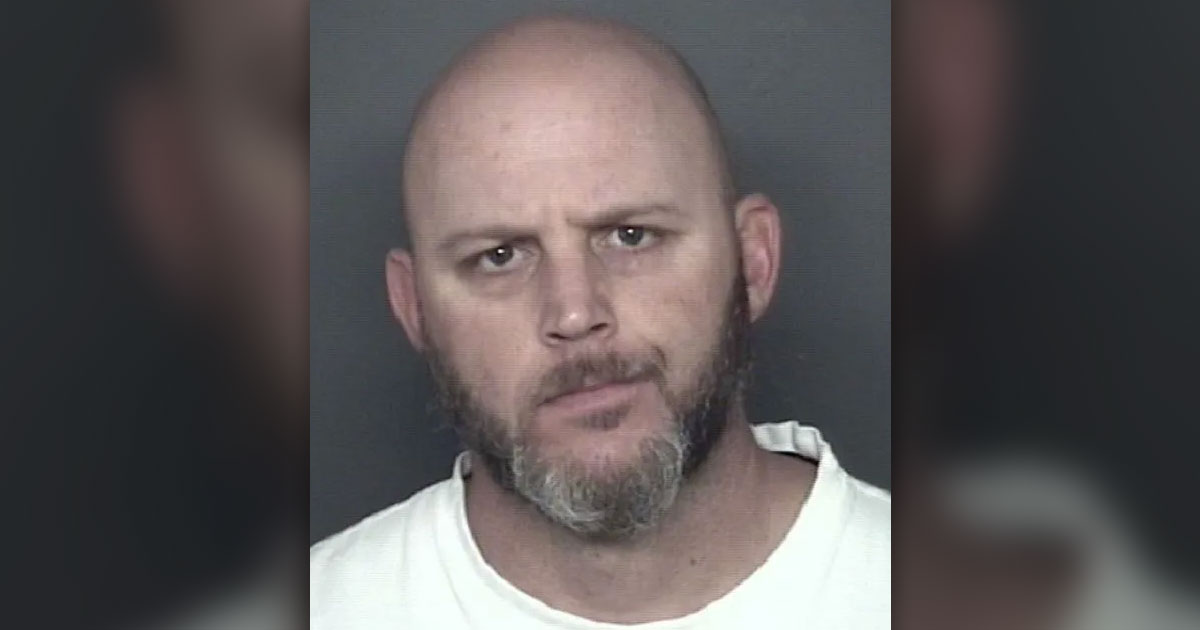 An Indiana man accused of sexually assaulting a child at his wife’s daycare will not face any charges for his alleged crimes … at least not for now.

38-year-old Gregory Michael Johnston of Evansville was charged back in February with six counts of child molesting as a Level 1 felony and one count of dissemination of matter harmful to minors, a level 6 felony, stemming from a series of incidents in which he sexually violated a young Black boy over a 2-year period.

The disturbing case gained national attention after Tammy Rivera (wife of rapper Waka Flocka) posted about it on Instagram Tuesday morning (Oct. 22), encouraging her millions of followers to call the City of Evansville and the prosecutor’s office demanding it not be dismissed.

This man Gregory Michael Johnston had been molesting a 8 year old African American little boy while he was in his care at His wife’s daycare since he was 6 years old…. this man put a gun to this child and made his perform sex act on him until he threw up… he sodomized this child repeatedly for years… he beat this little boy with something called the “Golden Spoon”….

This man was well known to the family and was trusted. Not only did he threaten this child once with a gun he threatened him twice, saying if he told anyone about what happened he would kill the little boy and his family… After police found evidence and arrested this man he was then released on a 15,000 dollar bond..

The prosecutor called the mother of the 8 year old boy and told her they have FILED A MOTION TO DISMISS HIS CASE WITHOUT MOTHERS CONSENT, because the child isn’t mentally stable to stand [trial]… CALL INTO Evansville,In AND ASK WHY ISN’T THIS LIL BOY BEING HEARD?! Why is this man still allowed to be around kids and still working at the daycare??!! WE NEED ANSWERS NOW!! I spoke with the mother @justcallmejo83 last night and she feels terrified and alone! I told her no more!!”

Unfortunately, those requests fell on deaf ears because just a few hours later, Johnston’s attorney revealed that the case had been dismissed and the charges against his client were dropped.

Hall’s spokeswoman said in a statement to media that the decision to dismiss the case against Johnston was made “upon recommendation of the therapists and community partners involved in this case.”

The statement read: “The State of Indiana was forced to dismiss the case without prejudice in hopes of re-filing charges in the future. The ultimate goal of our office is to hold any criminal wrong-doer to justice, however the health and well-being of our victim is of the utmost important and must take priority.”

The mother of the reported victim, Kelly Jo Marshall, has spoken out on social media, saying she’s angry and wants justice for her child.

In an emotional Facebook Live video from last Friday (Oct. 18), Marshall said she’s not used to putting her “business out there. But after the phone call I got today … I just don’t understand … Maybe it’s not for me to understand. But what do I know? As a mother, I’m going through every parent’s worth nightmare.”

She said the phone call she received was from the prosecutor’s office saying that they were filing a motion to dismiss the case and drop Johnston’s charges.

“I wouldn’t wish this on my worst enemy,” Marshall said while trying to hold back tears. “The system is really messed up. This man molested my child, a man that I called ‘bruh.’ … This man was a pallbearer at my mom’s funeral. This whole time this man was messing with my son, messing with him.

“And for that prosecutor to call me today to tell me they are putting in a motion for dismissal. That was a smack in the face because you know what I’ve done, I’ve done everything they’ve asked me to do!”

Marshall was shouting and crying emotionally throughout most of the live stream.

“He gets to be out around other people’s kids?!” she asked. “How the f**k is that even right?! I’m supposed to sit here and trust the motherf**king system. Really?! Nah, I’m not trusting nobody else!”

Marshall also expressed anger at Johnston, telling him he would “reap what you sow because you have completely robbed my son from everything, everything. My son is not the same little boy. He’ll never be the same little boy ever because of you. And you out here walking.”

For what it’s worth, Gregory Johnston’s attorney, Glenn Grampp, says he believes his client is innocent.

“Some of the allegations frankly didn’t make sense,” Grampp told the Courier & Press. “They just weren’t accurate. There was going to come a time when the rough had to meet the road, when we have to take depositions and other evidence comes up. There were a lot of inaccuracies.”

He continued: “That case was never what it was played up to be. It never was. The facts were never as they were alleged to have been in the (probable cause affidavit).

“These types of allegations are horrendous. But if you don’t do something, if you didn’t commit the crime, that stain is left on your character for a long, long time. If the mother is out there playing that tune on social media, I can’t prevent her from doing that.”

Grampp said the charges against Johnston were dismissed without prejudice and the case could be filed again.