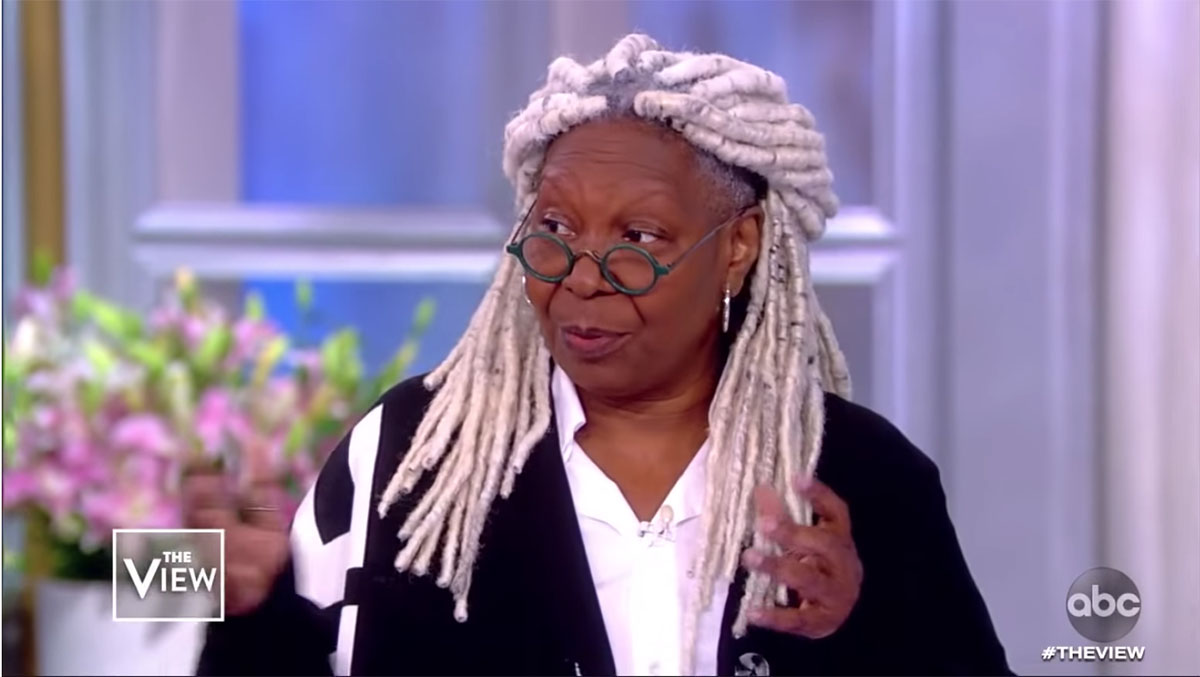 When it comes to the ladies of The View, Whoopi Goldberg is one of the co-hosts who’s pretty unafraid to shake things up.

So when she sat down recently for an episode of The View and showed up with white/gray dreadlocks, many assumed it was just another form of expression from the Whoopster.

But it turns out, it’s actually not Whoopi jumping on the gray hair train you see a lot of these youngin’s doing on the ‘gram.

She’s actually rocking the white locks as part of a role she’s playing where she plays a 100-year-old woman. Whoopi shared more details behind the role and the look on The View.

When I first saw the look, I thought Whoopi was paying homage to Angela Bassett’s Queen Ramonda character from Black Panther.

But apparently that’s not the role she’s up for.

I will say, if Whoopi wants to play Storm from the X-Men’s grandma as they incorporate the X-Men into the MCU over the next few years, this silver look might come in handy.