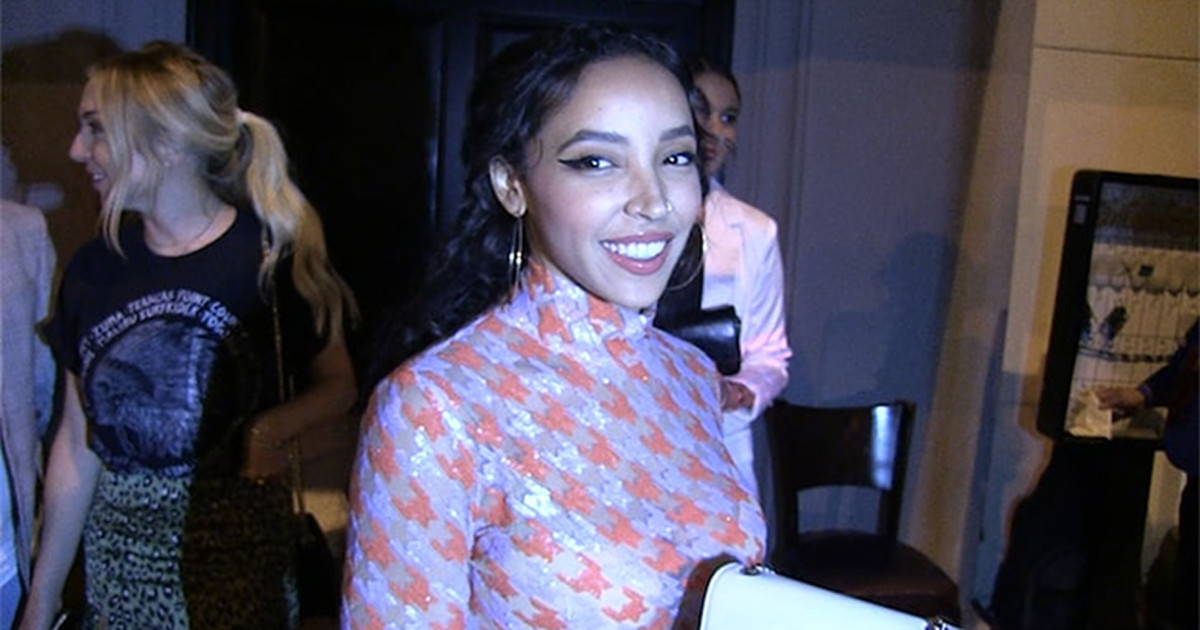 Not so fast! Just hours after producer Hitmaka revealed that Tinashe had signed with Roc Nation, Tinashe says “rumors are rumors.”

TMZ caught Tinashe leaving Craig’s in Los Angeles last night (Sept. 12) and asked her to confirm if she had signed with JAY-Z’s label after leaving RCA records back in February. She said:

Tinashe definitely made it seem like an offer from Roc Nation is on the table and even took a beat to contemplate if she would sign with the label.

“At this point, I want to put something out independently before I put anything in paperwork. But I’m excited to potentially work with them on stuff. They’re doing a lot of smart move which I like; They’re good business people over there.”

It was reported that Tinashe had signed with Hov’s label after an interview Hitmaka did with HipHip-N-More was released on Thursday.

“I actually spoke to her just recently. She left RCA Records; I believe she’s managed by Roc Nation now,” he said.

Last year, Hitmaka produced Tinashe’s unreleased album, Nashe. Though it was ultimately shelved, it did produce a few singles.

Tinashe left RCA earlier this year after feeling like the label was not fully supporting her. She released her but album with them in 2014.

While taking selfies with fans and signing autographs, Tinashe seemed optimistic about her musical future, even singing a few lines of new material at the TMZ reporter’s request.

“I’m just trying to get my music out. Put out some good stuff, that’s all I’m worried about,” she said.