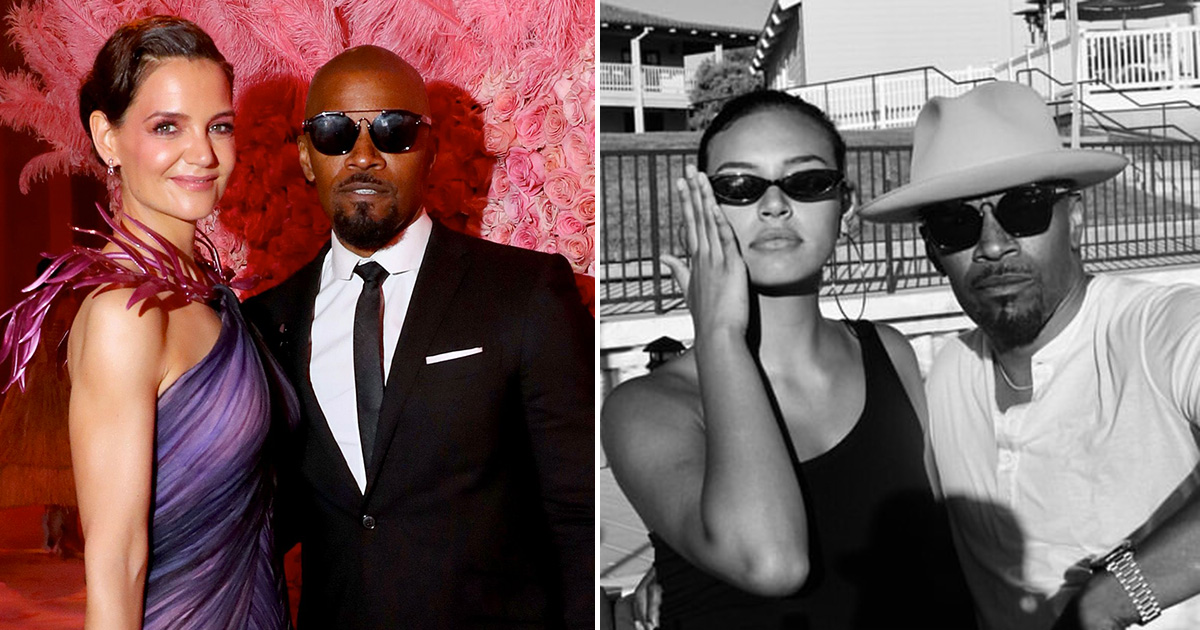 But a spy at La Esquina overheard the actress — who was having dinner with girlfriends at the Kenmore Street restaurant — tell a pal, “What Jamie does is his business — we haven’t been together for months.”

When we called another Holmes pal to check it out, they confirmed that the pair split in late May, a few weeks after their much-heralded first red-carpet appearance at the Met Gala.

They’d been together since 2013 — about a year after Holmes divorced Tom Cruise. The pair were highly secretive about their early trysts, meeting up late at night at hotels and sneaking out back entrances to avoid tattletales.

After that, the relationship became Hollywood’s worst-kept secret for many years.

As for Jamie’s new “friend,” apparently they’ve been hanging out since at least June, judging by the numerous pics and videos she’s posted with him on Instagram.