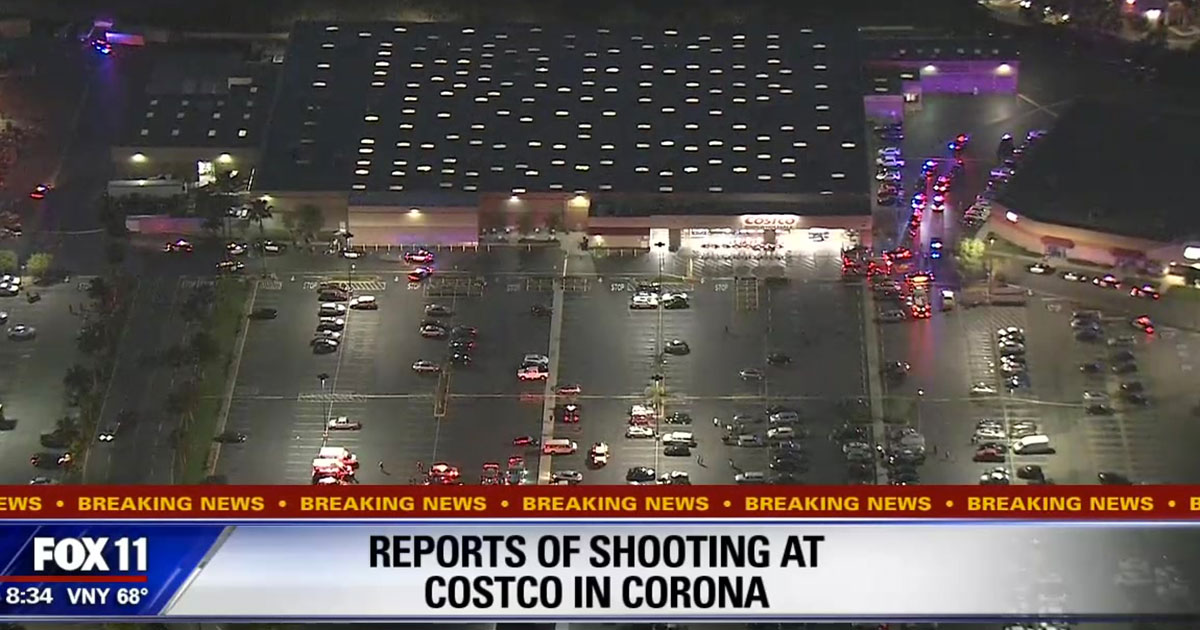 A shooting at a Costco store in Corona, California Friday night (Jun. 14) has created a massive police presence in the area.

Corona Police Lt. Jeff Edwards said that the suspect got into an argument with a man, and that man was shot and killed inside the store located in the 400 block of McKinley Street.

Three others were also injured, two with gunshot wounds, and they were taken to the hospital.

The gunman was detained by police inside the store before being taken to the hospital with unknown injuries, Fox 11 reported.

No arrests were announced, however, the Corona Police Department said via Twitter: “the shooting incident in Corona has been stabilized. There is no apparent threat to our community from any outstanding persons.”

The shooting incident at the Costco in Corona has been stabilized. There is no apparent threat to our community from any outstanding persons. We will release more information as we work to confirm the facts. #coronacostcoshooting

Fox 26 News reported that witnesses said that a man with a Mohawk haircut was seen arguing with a woman who had a child, and not long afterward, they heard up to eight gunshots ring out in the store.

One witness said shoppers started stampeding toward exits after the shooting, and he saw three people on stretchers who appeared to be suffering from minor injuries.

There were reportedly at least 100 customers inside the Costco at the time of the shooting.